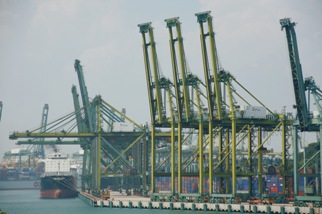 The country’s auto exports to Europe have experienced minus growth rate during the first 4 months of this year. Federation of Thai Industries FTI’s spokesman for the Automotive Industry Club Surapong Paisitpattanapong said on Saturday that the FTI has been keeping a close eye on the auto exports to Europe, after trade shrunk more than 29 percent during the months of January and April.

However, the situation has improved considerably after Thai auto exports to Europe registered a positive growth rate in May. As a result, the industry is seeing a smaller minus growth rate of 10 percent for the first 5 months of this year. Mr. Surapong said that the FTI’s Automotive Industry Club has estimated that the exports of automotive to all European markets will represent around 6.5 percent of the overall auto exports in 2012, or approximately 65,000-70,000 out of the export target of 1 million units.

When asked about the EU’s revision of GSP Generalized System of Preferences for Thailand, the FTI’s Automotive Industry Club spokesperson said that the FTI will ask the government to timely negotiate with the EU to maintain such privileges for the country.

Thailand to negotiate with EU on GSP