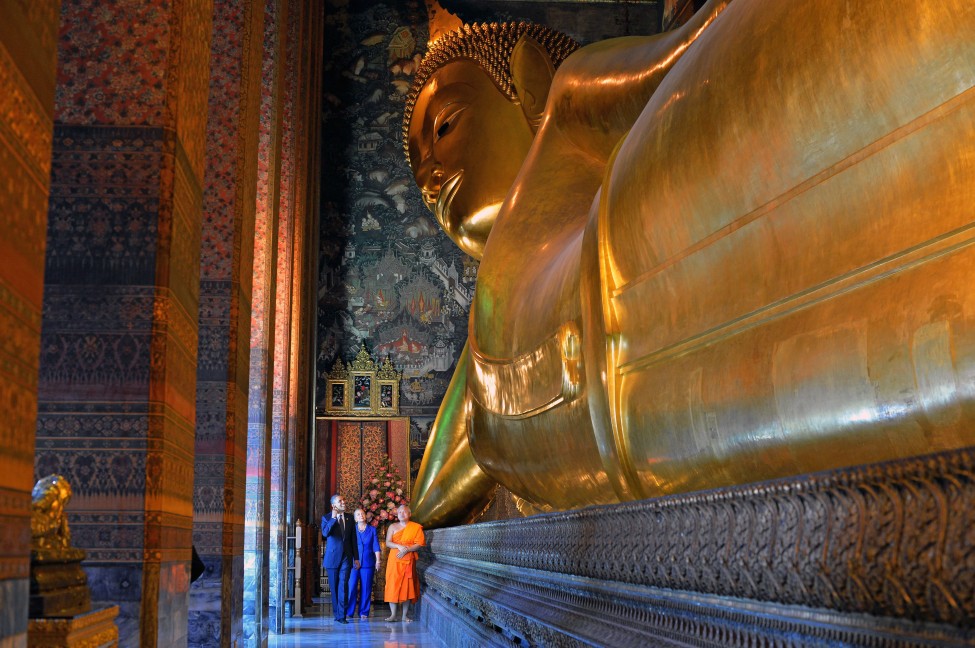 On the first stop of his Asia trip, President Barack Obama visited the Wat Pho monastery, and asked a monk for prayers for he and other U.S. leaders to reach a deal on the fiscal cliff.

According to the White House pool report, Obama arrived at the “colorful and ornate Buddhist temple in the Phra Nakhon district” of Bangkok, Thailand, where he was given a tour by Head Monk Chaokun Suthee Thammanuwat.

“Yes we’re working on this budget, we’re going to need a lot of prayer for that,” Obama quipped to him.

Obama and congressional leaders held what was thought to be a positive meeting at the White House on Friday as talks began in earnest to deal with trillions in spending and tax decisions due by the end of the year.

At a press conference later Sunday evening, Obama explained his joke to reporters.

“I’m confident that we can get our fiscal situation dealt with,” he said. “I believe in prayer.”

via In Thailand, Obama Asks Monk For Prayers On Budget.

Thailand Ready to Serve as Regional Center for Rice Reserves