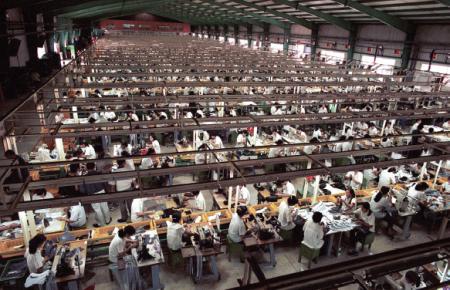 Over the next five years, Thailand’s competitive manufacturing ranking will fall from 11th place to 15th, behind Vietnam, which will enter the top 10, according to Deloitte Touche Tohmatsu.

Southeast Asia will be in the spotlight, while China is the most competitive manufacturing nation in the world today and will retain that rank five years from now, followed by Indonesia.

Nualjai Kittisrisomboon, head of manufacturing at Deloitte Southeast Asia, said yesterday that the “2013 Global Manufacturing Competitiveness Index” report showed that countries in Southeast Asia such as Singapore, Thailand, Malaysia and Vietnam were in the top 20 in the world.

Those countries in five years will climb to high places or maintain the same rank, especially Indonesia and Vietnam.

Over the next five years, Thailand’s competitive manufacturing ranking will fall from 11th place to 15th, behind Vietnam

Indonesia, which this year is 17th, could be 11th, while India will be in second place, up from fourth now.Even though China and India remain prime manufacturing locations, in fact, producers are shifting focus to minority markets that are also the hubs of supply-chain production.

The 20th-century manufacturing stalwarts such as the United States, Germany and Japan will be challenged to maintain their competitive edge against emerging nations such as China, India and Brazil, the report said.The U.S. will sink to fifth from third, while South Korea will fall to sixth from fifth.Germany, ranking second, will drop to fourth behind Brazil, which will move up to third.Japan will fall out of the top 10 to 12th place.The plunge in the competitiveness of European countries will open up opportunities for Asia.

via Vietnam to surpass Thailand in manufacturing – The China Post.

Thailand down to 88th rank in 2012 Corruption Index

Thai households deeper in debt due to populist schemes