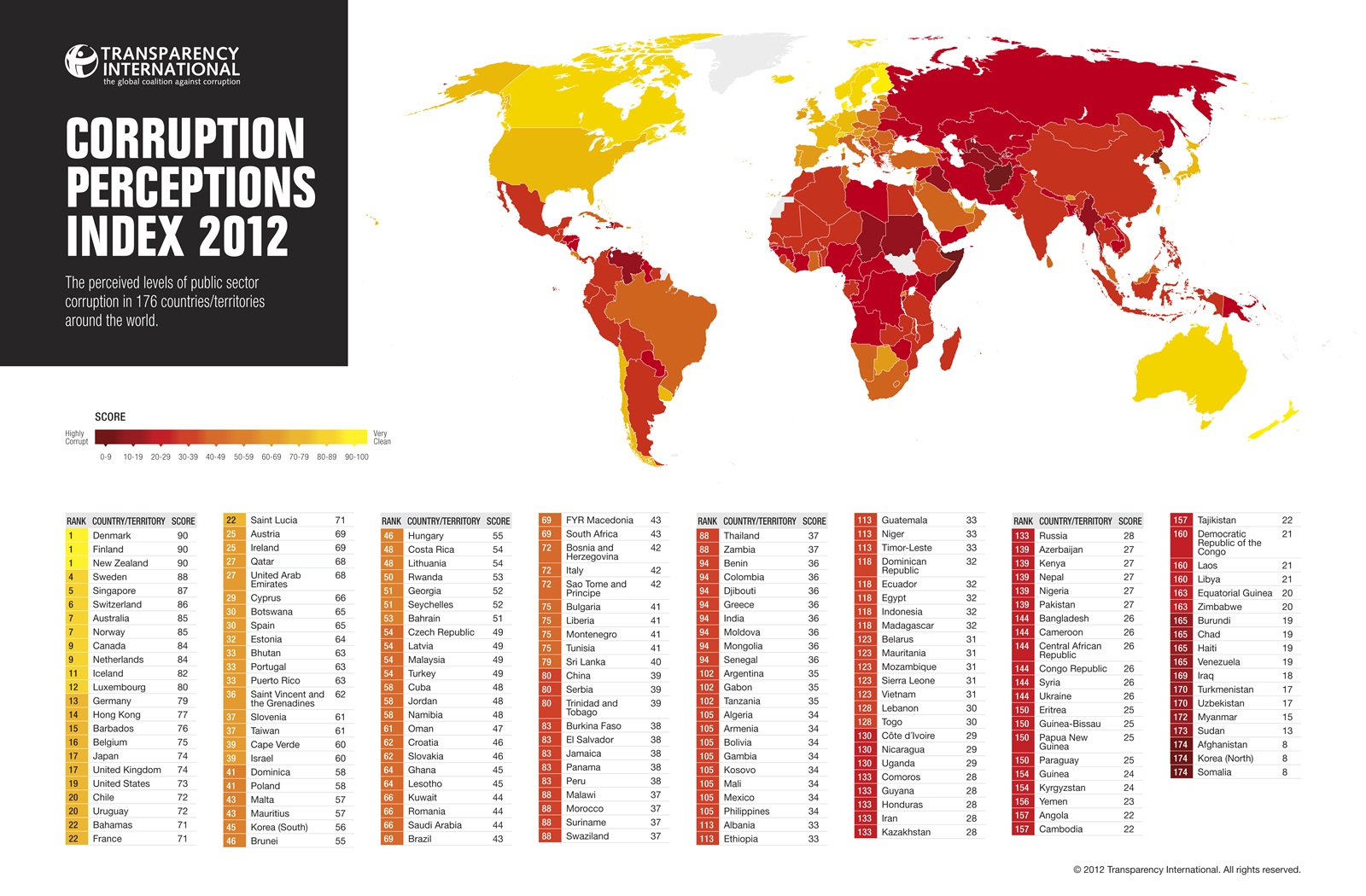 Thailand has slid from 80th to 88th place out of 176 in the 2012 Corruption Perceptions Index compiled by Berlin-based Transparency International.

Thailand scored 37 out of 100, sharing the same score and ranking with Malawi, Morocco, Suriname, Swaziland and Zambia. The kingdom ranked 80th among 183 countries listed in the 2011 corruption index, with a score of 3.4.

In the Corruption Perceptions Index 2012  Denmark, Finland and New Zealand tie for first placewith scores of 90, helped by strong access to information systems and rules governing the behaviour of those in public positions.

Afghanistan, North Korea and Somalia once again cling to the bottom rung of the index. In these countries the lack of accountable leadership and effective public institutions underscore the need to take a much stronger stance against corruption.

Underperformers in the Corruption Perceptions Index 2012 also include the Eurozone countries most affected by the financial and economic crisis. Transparency International has consistently warned Europe to address corruption risks in the public sector to tackle the financial crisis, calling for strengthened efforts to corruption-proof public institutions.

“Corruption is the world’s most talked about problem,” stated Cobus de Swardt, Managing Director of Transparency International. “The world’s leading economies should lead by example, making sure that their institutions are fully transparent and their leaders are held accountable. This is crucial since their institutions play a significant role in preventing corruption from flourishing globally,” de Swardt said.

“After a year of focus on corruption, we expect governments to take a tougher stance against the abuse of power. The Corruption Perceptions Index 2012 results demonstrate that societies continue to pay the high cost of corruption,” Labelle said.

Many of the countries where citizens challenged their leaders to stop corruption –from the Middle East to Asia to Europe – have seen their positions in the index stagnate or worsen.