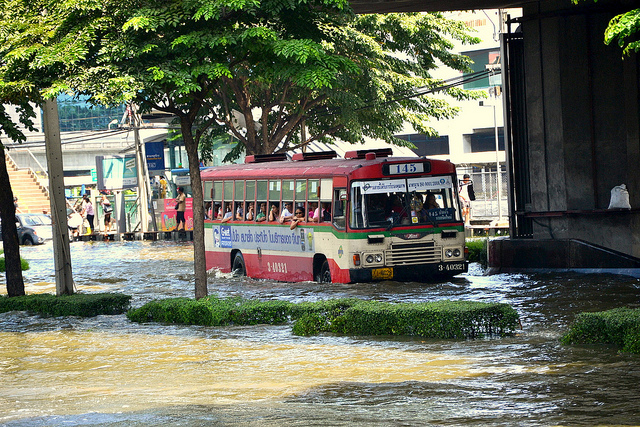 “Fortunately this year, the regions did not suffer from any major disaster, such as an earthquake. Asian disaster figures are low compared to other years and this is good news,”

said Dr. Debby Sapir, Director of CRED. “The 2012 figures show that floods and storms affected most people and caused most economic damages in the regions. Data also suggest that some high risk countries in the region have made significant progress in controlling disaster impacts. This means that preparedness and prevention measures can be effective,” she said. Jerry Velasquez, Head of the UNISDR Asia Pacific, said:

“The relative reduction in the number of disasters so far this year in the region is not a cause for complacency. We must still contend with the fact that risk is growing faster than wealth is being created. Exposure is on the rise and flooding represents a serious challenge to Asian cities as we have seen earlier this year in Beijing and Manila where these two cities were partly flooded in a couple of hours. ”

Flood risk must be addressed in a more systematic manner and integrated in all urban and development management plans if we want to ensure sustainable economic growth and better protect people and their assets as extreme weather events will be more frequent and severe in the future.”

Mr. Velasquez added: “The number of people killed by weather-related disasters continues to decrease in Asia and this confirms the trend that was already observed by the 2011 Global Assessment Report on Disaster Risk Reduction and the last Asian Pacific Disaster Report, but economic losses are going up and we should be worried about it.”

“Unless prevention–including climate action–takes center stage, disasters will likely block development,” said Vinod Thomas, Director General of Independent Evaluation at the Asian Development Bank (ADB) who was also a speaker at the press conference. “Yet for too long we have thought of natural calamities as just periodic interruptions to development but this is not the case anymore, we need to invest more in preventive actions before disasters strike,” he said. ADB’s Response to Natural Disasters and Disaster Risks which was recently released also signaled the increase of floods and storms in the region and the need for more action. —

Thailand down to 88th rank in 2012 Corruption Index