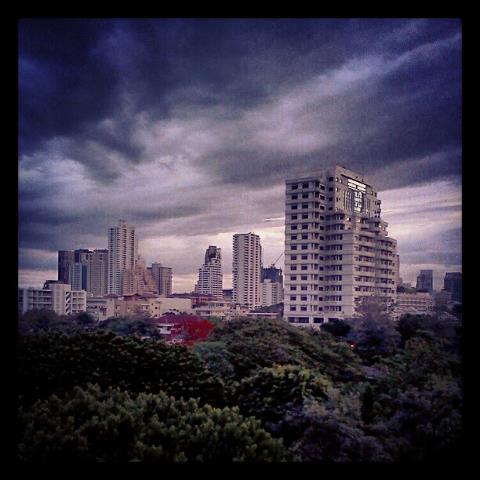 Governor of the Bank of Thailand Prasarn Trairatvorakul has cited social inclusion, ecology, and financial stability as three major issues that should be addressed properly for sustainable and equitable growth.

The central bank governor touched on these issues in his remarks at the Conference on Economic Transformation and Inclusive Growth in Frontier Economies on 28 January 2013 at the Grand Hyatt Erawan Hotel in Bangkok.

With regard to social inclusion, he stressed the need to create opportunities for everyone, so that people may contribute to and benefit from economic growth. In order to follow the principle of equality of opportunity, unbiased governance and a regulatory environment for businesses and the people are needed.

By realizing that everyone is endowed with different capacities, he said, a supportive policy adapted for each social group is needed. For instance, as in the case of Thailand, research studies indicate that broadening financial access and promoting financial literacy have significantly raised the country’s growth rate.

Regarding ecology, Mr. Prasarn said that Thailand heeds the lesson of how to progress while supporting environmental sustainability. After Thailand’s period of rapid development, ecological problems have become more prevalent. Concerns have been raised over the sustainability of the environment and, more fundamentally, the socio-economic well-being of the people. Today, efforts have been made to maintain the balance between the ecosystem and growth. For instance, environmental protection and sustainable development have been included as integral parts of Thailand’s National Economic and Social Development Plan since 1997.

Speaking about the development experience of Thailand, Mr. Prasarn said that Thailand’s rapid growth between the late 1970s and 1997 was the result of the structural transformation. The country moved from primary production to industrial production, mostly manufacturing and high-value agricultural products. The combination of processed agricultural products, import substitution industrialization, and export promotion was the principal feature of economic development.

He explained that moving up global production chains had elevated Thailand’s per capita income of 100 US dollars in the early 1960s to nearly 3,000 dollars after 1997. More importantly, the process has resulted in a dramatic fall in poverty and improved the living conditions of the Thai people. The rate of poverty had been reduced from 57 percent in the early 1960s to around 24 percent in 1981 and to 8 percent in recent years. Thailand’s economic development story has thus attracted broad interest from policy makers, multilateral agencies and academics.

As in most transformed economies, economic transformation is often associated with rising income inequality and depletion of resources. In 1970s, the average household income in Bangkok was 2.6 times larger than in rural areas, and by 1998 it had increased to 3.4 times. And, during the transformation period, Thailand’s forest cover rapidly depleted by nearly half.

Therefore, environmental issues should not be discarded in the desire to achieve sustainable and equitable growth, since this can lead to the deterioration of social solidarity and the natural world, he said.

via Inside Thailand — Three Issues that Need to Be Addressed for Sustainable and Equitable Growth.