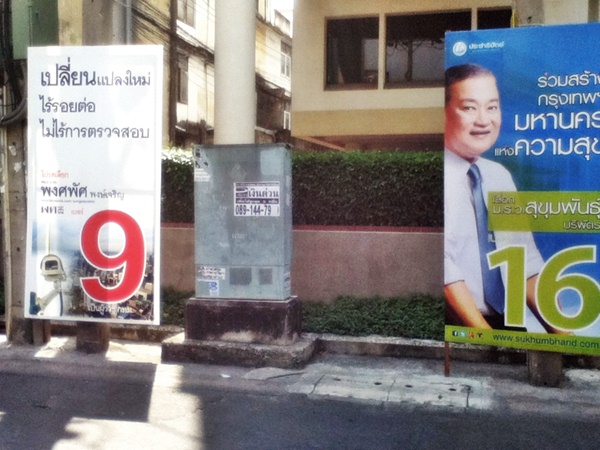 This is just a summary, please refer to the links below to access complete report. Domestic demand in Thailand is turning out to be much more resilient than we had initially anticipated. According to the latest data published by the National Economic and Social Development Board (NESDB), gross fixed capital formation (GFCF) growth accelerated from 10.2% year-on-year (y-o-y) in Q212 to 15.5% in Q312.

Looking ahead to 2013, we continue to see the risk of a further decline in exports, which is reflected in consistently weak manufacturing data across key export industries.

Thailand’s political situation will remain highly volatile, and it is difficult to envision political stability over the next few years

Accordingly, we expect Thailand’s real GDP growth to remain subdued at 4.4% in 2013. The Bank of Thailand (BoT)’s monetary policy committee cut its benchmark policy rate (one-day repurchase rate) by 25 basis points (bps) from 3.00% to 2.75% on October 17 2012, bringing rates in line with our year-end target for 2012. We expect the BoT to keep rates on hold through 2013 as M2 money supply growth, which remains relatively high – at 10.7% y-o-y in August 2012 – should limit the scope for further easing.View Full Report Details and Table of Contents

Thailand’s fiscal position is poised for further deterioration in the near term. We are forecasting a budget deficit of around 3.2% of GDP in 2013, up slightly from a projected 3.0% this year. We see risks where failure to withdraw welfare subsidies and raise taxes down the road could harm the country’s fiscal position and economic stability over the longer term.

Thailand’s political landscape is likely to be marked by occasional unrest over the coming years. We view growing tensions between the ruling government and anti-Thaksin groups seeking to topple Prime Minister Yingluck Shinawatra, as a major risk that could reignite widespread protests. In view of the escalating tensions, we would consider downgrading our short-term political risk ratings (STPR) for Thailand should we see further evidence of political unrest over the coming months.

Three Scenarios For The Next Decade

Thailand’s political situation will remain highly volatile, and it is difficult to envision political stability over the next few years. In the event of prolonged social unrest, we do not discount another military coup occurring, although this would by no means resolve matters.

Uptick In Domestic Demand Unlikely To Be Sustained

We have revised upward our real GDP growth forecast for 2012 from 4.0% to 4.3 %, mainly to reflect a surprise uptick in domestic demand in Q312. Looking into 2013, we continue to see the risk of a further decline in exports, which is reflected by the consistently weak manufacturing data across key export industries. Accordingly, we expect Thailand’s real GDP growth to remain subdued at 4.4% in 2013.

Recent economic data continue to reinforce our view that external demand will remain a key drag on economic growth as we head into 2013. Furthermore, inflationary pressures are likely to remain benign on the back of easing commodity prices. However, money supply growth remains uncomfortably high for the central bank and this should limit the scope for further easing. Accordingly, we expect the Bank of Thailand (BoT) to keep its policy rate on hold at 2.75% through 2013.

Balance Of Payment Current Account To Record Mild Surplus In 2013

Recent economic data have reinforced our view that Thailand will run a mild current account surplus in 2013 as the trade account continues to recover following the 2011 floods. Over the longer term, we reiterate our view of a structural shift in Thailand’s long-term economic fundamentals towards a greater emphasis on domestic demand. This should result in more moderate current account surpluses over the coming years.

The Thai government’s latest decision to issue more debt to sustain a costly rice pledging scheme is a worrying indication that policymakers are unwilling to address the country’s deteriorating fiscal position. We caution that the government’s distortionary rice policy (which provides rice producers with the perverse incentive of boosting rice output at the expense of neglecting research and development) to improve quality and yield, could eventually undermine the competitiveness of the country’s rice exports. Furthermore, we see the risk of a substantial decline in rice prices, which would place further pressure on the government’s finances going forward.

Thailand’s unemployment rate down at 0.48%