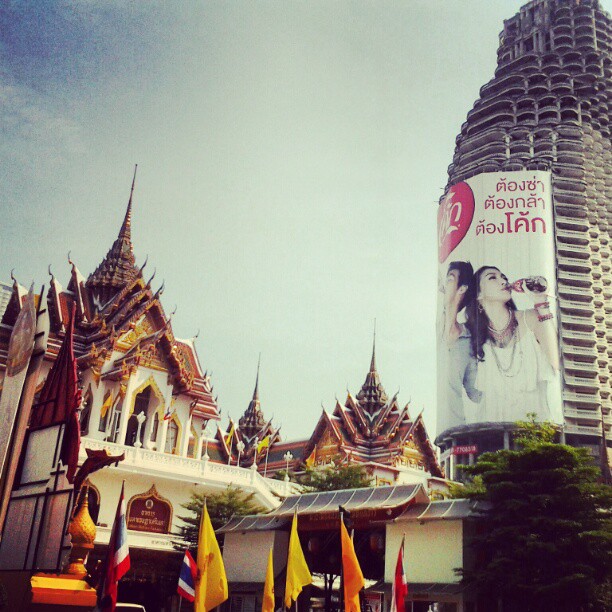 Appearances can be deceptive, we all know that for sure. But how sure are we that we are not heading towards the same type of 1997 like crisis, just when the property was boomig in Bangkok and when the baht was reaching its highest against the dollar….When the 1997 financial crisis broke, fingers were first pointed at the property sector, with its massive speculation and huge loan defaults, as a root cause of the financial meltdown. Are we heading towards the same ordeal ? Although some signs are pointing in the same direction, the fundamentals of thai economy are very different of those back in 1997.

In recent years, property prices have again risen sharply, and new projects can be seen virtually everywhere, prompting fresh concerns about whether bad history is going to be repeated. Virabongsa Ramangkura, chairman of the Bank of Thailand, has warned the market that the current foreign capital inflows have put the economy at risk of a bubble in both the financial and the property sectors that could burst by year-end.

When the 1997 financial crisis broke, fingers were first pointed at the property sector : on this picture a so called “ghost building” in Bangkok, which construction was abruptly interrupted aid the 1997 crisis in Thailand.

However, amid the skyrocketing property prices in the past three years, economists still believe no bubble is forming _ at least, not yet _ and that authorities and bankers are better prepared after the unforgettable lessons of 1997.

Charl Kengchon, managing director of the Kasikorn Research Center (KResearch), said there is no sign of a bubble in the overall property market, but signs have been found in some locations experiencing an oversupply.

Source: Is this a case of deja VU all over again? | Bangkok Post: business

The Thai Baht has become strongest in 16 years, quoted at 29.13 Baht against the US dollar today, which, according to an analyst, has led to massive sales of the greenback offshore and brought down the SET index by 47 points.

CIMB Bank (Thailand) Assistant President Banluesak has expressed his view that the Thai Baht has strengthened too quickly. He urged the Ministry of Finance and the Bank of Thailand (BoT) to collect foreign currency transaction taxes( Tobin Tax) as a way of keeping the influx of foreign capital under control. He said the Thai Baht is now the strongest currency in the region.

Thailand’s property boom showing no sign of cooling down

Some developers expect the integration of ASEAN countries to generate benefits for Thailand’s property market More than 50 percent of new developers to launch projects in Thailand in recent years were from other sectors including  garments, jewellery and machinery, according to Monchai Orawongpaison, senior manager for project sales and marketing at property consultancy firm Colliers International Thailand.

Many developers have amassed land over several years and are not concerned that Bangkok’s new city plan may have an impact on the potential of plots, said Monchai. The new city plan is scheduled to come into effect from May, reported the Phuket News. The economic integration of ASEAN (Association of Southeast Asian Nations) countries is expected by some developers to have a positive effect on Thailand’s property market. As such, some developers are launching projects that will be completed by 2015