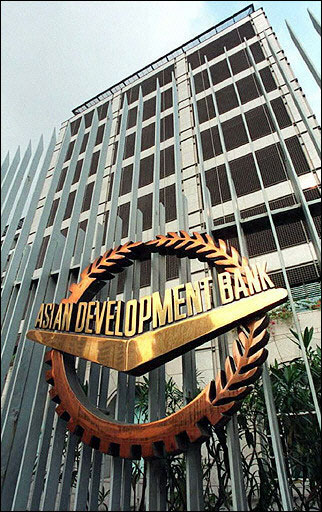 The Thai economy is projected to grow 4.9 per cent this year and 5 per cent next year, dropping from 6.4 per cent last year, according to a senior Asian Development Bank ADB economist.

Luxamon Attapich said this year’s growth is likely to be mainly contributed by the 12.5 per cent growth of public investment as a result of the two-trillion-baht government investment in the country’s infrastructure and water management projects. The fiscal deficit this year is projected at 4.8 per cent of the gross domestic product GDP.

The Thai economy is projected to grow 4.9 per cent this year and 5 per cent next year, dropping from 6.4 per cent last year, according to a senior Asian Development Bank ADB economist.

The government’s mega investment projects are expected to boost confidence among investors and the Thai economy in the next two years is likely to grow steadily.

However, delay in implementing the projects could be a risk factor for the country’s overall investment. The government must work out increasing revenue by expanding the tax base and must ensure transparency in buidling each project. Thai exports are likely to grow 10 per cent this year and 11 per cent next year as the economies of Thailand’s major trade partners such as China are likely to improve.

Mrs Luxamon said the bank viewed that Thailand’s current key interest rate at 2.75 per cent is appropriate, while consumption, and the investment, tourism and export sectors have improved and the inflation rate is likely to remain not so high.

The inflation rate is projected to stay at 3.2 per cent this year and 3.1 per cent next year, a slight increase from 3 per cent in 2012 given that the global oil prices and domestic commodity prices rise slightly.

In addition, the government extends the timeframe for gasoline and diesel excise exemption. Growth in the Association of Southeast Asian Nations ASEAN countries is projected at 5.4 per cent this year and 5.7 per cent in 2014, resulting from foreign inflows into Asia. Economies of Asian developing countries are projected to expand 6.6 per cent in 2013 and 6.7 per cent in 2014. MCOT online news