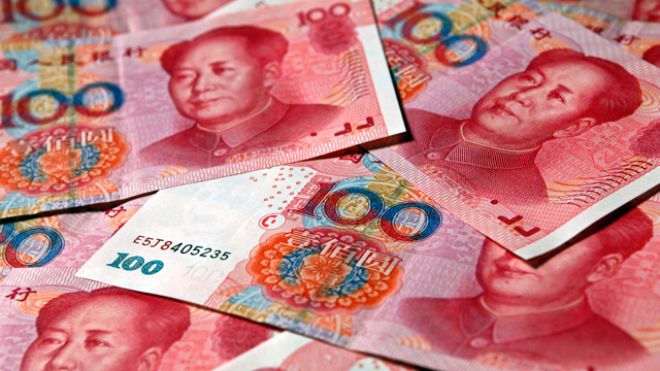 Financial Markets…The yen appreciated today from nearly four-year lows versus the dollar, gaining 0.5% to 98.90, as the sell-off in the Japanese currency halted after a three-day slump of 6.4%. The yen has tumbled 22% in the past six months as the government pledged to increase monetary stimulus to boost the economy.

Fitch Rating downgraded China’s long-term local-currency rating to ‘A+’ from ‘AA-‘ on Tuesday, citing several “underlying structural weakness” in the country’s economy, including rapid credit expansion from both banks and non-bank institutions. But the rating agency kept the country’s foreign-currency rating unchanged at ‘A+.’

Developing-country stocks advanced for the first time in six days, with the benchmark MSCI index rising 0.5% from the lowest level since the end of November, as slower-than-expected inflation in China reduced pressures on the government to tighten monetary policy.

High-income Economies…Greece’s headline CPI index fell 0.2% (y/y) in March, the first annual decline recorded since May 1968, and reversing a 0.1% increase in February. Separately, industrial output dropped 3.9% (y/y) in February, after a rise of 4.2% in January. The economy is currently in its sixth year of recession.

Italy’s bank lending to the private sector fell for the seventh month in a row in February, down 1.3% (m/m) after easing 1.6% in the prior month.

The OECD warned in a report on Tuesday that Slovenia faces a “severe” banking crisis driven by excessive risk taking and weak corporate governance of state-owned banks.

UK industrial output rose by 1.2% (3m/3m saar) over the three months to February compared to a -4.0% drop in January supported by a recovery in manufacturing. Separately, the UK’s trade deficit widened in February led by declining non-EU exports and rising domestic demand for imports.

Developing Economies…East Asia and Pacific: China’s inflation eased sharply in March after climbing to a ten-month high in February, as seasonal increases in food prices receded. The consumer price index rose 2.1 % (y/y), slower than the 3.2% rise in February. The producer price index fell 1.9 % (y/y) in March versus a 1.6% fall in February.

Latin America and the Caribbean: Mexico’s consumer price inflation increased to its highest level in five months in March to 4.25% (y/y) from 3.55 % in February led by rising fuel and fresh produce prices. Inflation is currently above the central bank’s target of 3% plus-or-minus one percentage point.