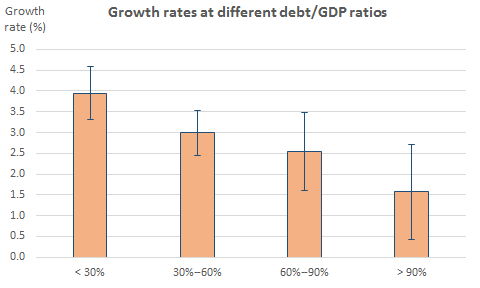 Deputy Prime Minister and Finance Minister Kittiratt Na-Ranong said today he believed the Thai economy to grow at more than four per cent this year. Many agencies lowered this years growth forecast thanks to volatile global economy.

The government has to work hard to push the Thai economy to expand over four per cent and he is confident the target can be achieved, Mr Kittiratt said.This year, the government will focus on boosting the private investment to offset the delayed government investment on the water management project after the court ruled that public hearing must be conducted first.

Moreover, the government will promote tourism and service sectors, which are growing well.Meanwhile, Dr Thanawat Polvichai, Director of Center for Economic and Business Forecasting of the University of the Thai Chamber of Commerce said Thai GDP forecast this year is revised down to 4.3 per cent from five per cent due to domestic consumption slowdown, concern over rising debts and political situation as well as volatile global economy.Exports are likely to grow only four per cent lower than the commerce ministry’s target at seven per cent.

Moreover, the multi-billion water management projects have been delayed due to a legal problem, so the sum of the government’s 60-70 billion baht investment expected to stimulate the economy in the third quarter will be also postponed.The Thai economy will however be supported by tourism with about 25 million tourists expected to visit Thailand or about 12 per cent growth.Thanawat said the Thai economy will be bottomed out in the third quarter and the global economy will gradually rebound in the fourth quarter. The Thai economy is likely to grow 4.5 per cent in the fourth quarter and at least five per cent next year.

via Thai economy to grow over 4% this year: Finance Minister | MCOT.net | MCOT.net.