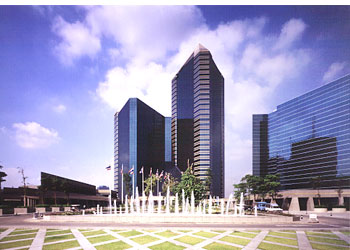 As such, Thailand has been one of the great development success stories, with sustained strong growth and impressive poverty reduction.

In the decade that ended in 1995, the Thai economy was one of the world’s fastest growing at an average rate of 8-9 percent per year. After recovering from the “Asian Crisis” of 1997-1998, the Thai economy took off again

Thailand’s economic growth slowed because of global economic conditions and political uncertainty in 2009 and again, in 2011, from the devastating floods. However, Thailand’s economic activity is gradually returning to normal, with quarterly economic growth rates now closer to the levels often seen before the global financial crisis began in 2008. The GDP rebounded from the floods at 6.4 percent in 2012 and is forecasted to continue growing at 5.0 percent in 2013.

Primarily due to the high rates of economic growth, poverty has been falling steadily since the late 1980s. Over the last decade, poverty has been reduced from its recent peak of 42.6 percent in 2000 (a result of the 1997 crisis) to about 13.2 percent in 2011. Poverty in Thailand is primarily a rural phenomenon, with 88 percent of the country’s 5.4 million poor living in rural areas.

However, benefits of Thailand’s economic success have not been shared equally, with some regions—particularly, the North and Northeast—lagging behind the rest of the country in terms of poverty reduction.  Inequalities in terms of incomes and opportunities have been persistent. The GINI coefficient, a measurement of income inequality in Thailand, has been persistent at around 0.45 for the last two decades.  Much of the inequalities are inter-regional with the North and the Northeast lagging behind other regions of the country.