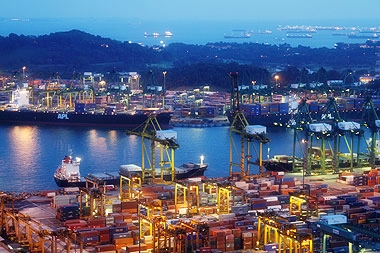 The Asian Development Bank (ADB) has lowered Thailand’s projected economic growth from 4.0 per cent to 3.8 per cent this year, its senior economist said today.

Luxmon Attapich said the country’s economy was predicted to grow 4.9 per cent next year, a slight drop from an earlier projection of 5 per cent.

Thailand’s economic growth in the first half of the year was lower than projected at 4.1 per cent given a slowdown in private consumption which expanded by only 3.4 per cent following a meltdown of post-flood spending and the end of the government’s tax incentives for first-car buyers, she said.

Private investment increased only 2.4 per cent due to weakened exports and consumption, which failed to show signs of revival, she added.

A delay in the government’s mega investment projects and an export growth at only 2 per cent, down from the original projection of 7 per cent, contributed to Thailand’s gloomy economy in the second half of the year, while inflation was predicted to be somewhat low at 2.6 per cent this year and 2.9 per cent next year, said the ADB economist.

Ms Luxmon said this round of economic projection was based on the assumption that the state’s transport infrastructure development would kick off next year – a move beneficial to growth in private investment and a boon to the country’s economy next year.

A delay in the government’s projects will be a risk to the country’s economy while lower-than-forecast economic expansion of major industrial countries and China will possibly have an impact on Thai exports, originally projected to grow 7 per cent next year, she said.

She said political tension in the kingdom was another risk factor that must be closely monitored.

The ADB economist said volatility in the monetary and capital markets, due to the US Federal Reserve’s weakened economic stimulus through quantitative easing, would continue but Thailand would be capable of handling the situation given its high international reserves and public debts at less 60 per cent of GDP.

Regarding the US government shutdown following the Senate’s rejection of the 2014 national budget, the ADB economist believed the stumbling block would be short term and would not affect the Thai economy. (MCOT online news)