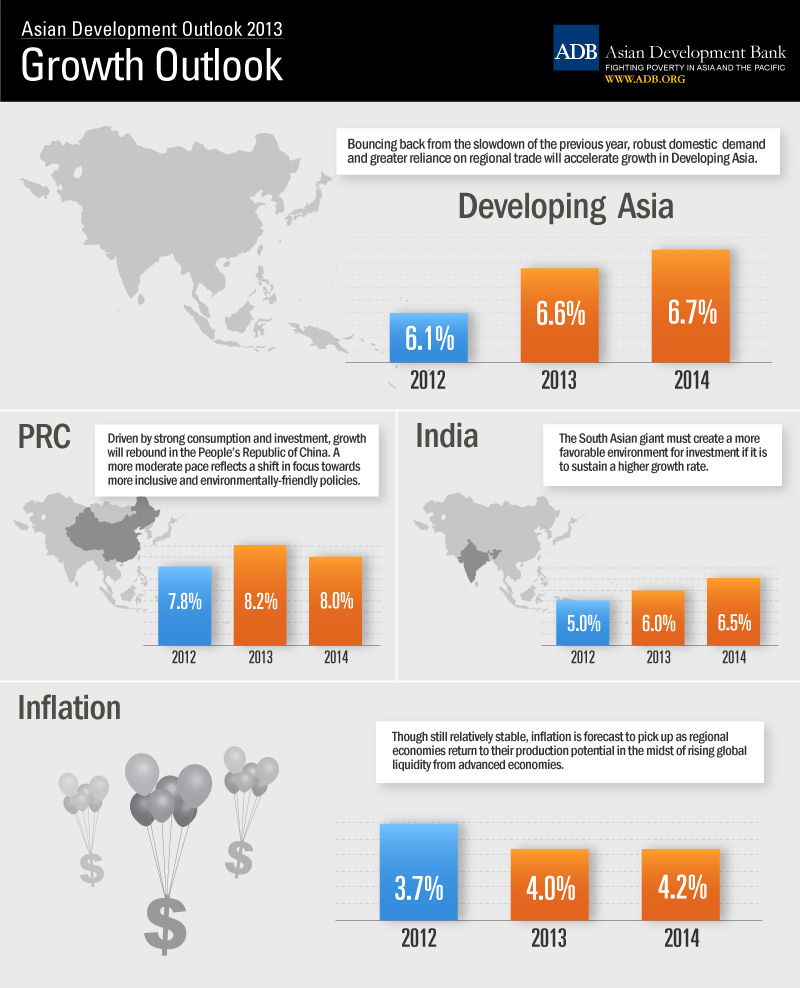 The Director-General of the Fiscal Policy Office, Somchai Sujjapongse, stated that the Thai economy in 2013 is expected to grow by at least 3.5 percent.

The Director-General of the Fiscal Policy Office, Somchai Sujjapongse, stated that the Thai economy in 2013 is expected to grow by at least 3.5 percent.

Since the growth of the Thai economy in the first half of 2013 decelerated, the overall economy for the whole year would slow down, particularly because of a decline in private sector spending. Investment in the public sector remains a major factor contributing to Thailand’s economic growth in the second half. Export growth is likely to accelerate, while tourist arrivals are expected to continue to grow. Inflation would stand at 2.3 percent.

The Fiscal Policy Office believed that the Thai economy in 2014 would expand by 5.1 percent.

The recovery of Thailand’s major trading partners would contribute to Thai exports. The low interest rate would also encourage private sector consumption and investment. Inflation in 2014 is expected to be 2.8 percent.

Meanwhile, Governor of the Bank of Thailand Prasarn Trairatvorakul stated that, like the rest of emerging Asia, the Thai economy appears to be softening in the near-term. On top of an export recovery that could be more delayed, the vital contribution from domestic spending is also viewed as lessening. Part of this reflects a natural reversion to a more normal pace of growth following unusually strong growth in 2012.

More specifically, he said, the boost from the first-car scheme dissipated sooner than expected. Household debt, which has risen fast and is now in the ballpark of 80 percent of GDP, has started to weigh visibly on durable and semi-durable purchases. And businesses also seem to be postponing investment as they await better economic conditions at home and abroad. In light of these factors, the Bank of Thailand projected GDP growth to be around 4 percent in 2013.

Mr. Prasarn pointed out that this growth rate is reasonable amid a weak external environment, coupled with the fact that consumption has become somewhat over-stimulated already. Looking ahead, fundamentals of the economy remain sound overall. Monetary and fiscal conditions will continue to be supportive. And despite some delay, the contribution from exports is also bound to improve as the global economy gains a firmer footing.

Through this turbulent time, he said, the Bank of Thailand has been steering its monetary and financial policies with prudence. The flexible inflation-targeting framework succeeds in anchoring inflation expectations, thus fostering continued growth and stability. The managed float regime accommodates baht movements that are in alignment with fundamentals, with policy instruments ready to curb excessive speculation and overshooting if needed. The strong international reserves position, at the same time, helps cushion against sharp flow reversals.

via Inside Thailand — Thailand’s Outlook and Its Economic Growth.