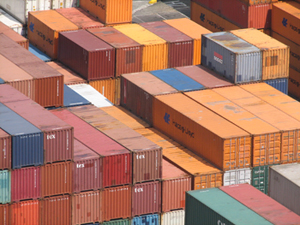 Thailand’s Commerce Ministry reports that the country’s exports last month continued to drop by 4 per cent, resulting in a minus figure for the first 11 months of 2013.

The export figure plunged 0.49 per cent from January-November this year, according to Srirat Rattapana, permanent-secretary of the Commerce Ministry.

Exports last month were valued at US$18.7 billion, or minus 4.08 per cent year-on-year, due to the slowly improving world economies and minus export figures for important industrial goods at -5.2 per cent and agricultural goods at -2.5 per cent.

According to Ms Srirat, if December exports value exceeded $19.5 billion, the country’s overall export this year will become positive figure at 0.1-0.2 per cent.

She said export projections for next year cannot yet be forecast, for political situations must be monitored as well as the new government’s clarity and policies. However, she said the ministry will try to push export growth to reach more than 5 per cent. (MCOT online news)