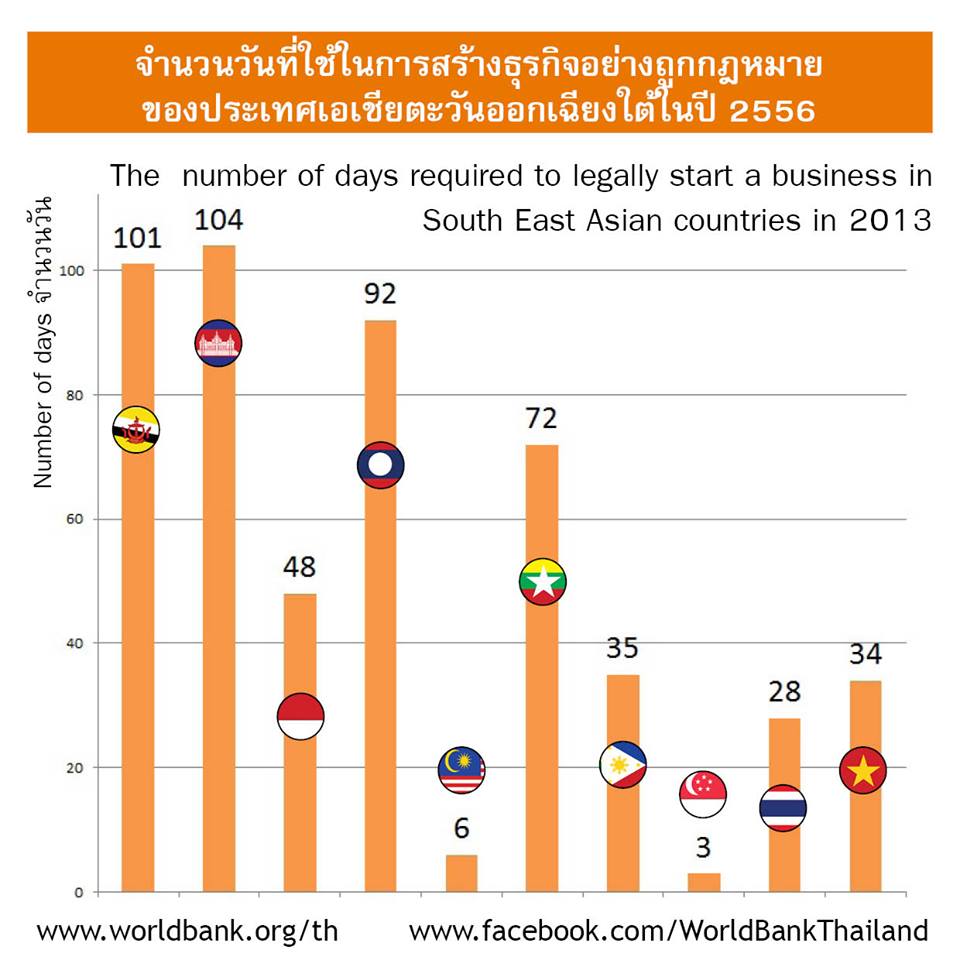 As the global economic recovery gain strength, real GDP is projected to expand by around 4% in 2014. Exports of goods are likely to grow by around 6% after contracting last year, and private investment by around 5%.

Risk factors that could derail economic expansion included the high level of household debt and the investment delay in the government’s infrastructure development projects.

A senior economist at World Bank’s Bangkok Office Ms Kirida Phaophichit said exports are forecast to grow by 6% with a total worth of US$238.92 million and imports expected to increase by 5%, worth US $229.99 million, for an expected trade surplus of US$8.93 million.

While the program has helped raise incomes of participating farmers, it has been very expensive. The Program is estimated to cost the Government around Bt200 billion or almost 2% of GDP each harvest year since 2012 (see World Bank East Asia Update report, October 2013).

Political uncertainty is another main negative factor that could hurt the tourism industry, disrupting continuation of policy implementation by the government, which will erode investors’ confidence. In the long term, the government should give importance to widely distributing spending   across the country to minimize the problems of social inequality.

The senior economist said this could be done by focusing on spending in regions and reducing controls on income distribution from central agencies, and giving local units more responsibility.She said last year the country’s GDP grew by only 3% because of a slowdown in exports, household consumption and private investment and delay in government spending. But the tourism sector posted a historic expansion of 20% in 2013 over 2012, and was a major factor in boosting economic growth last year, she added.

Thailand is lagging other countries in the region

which are recovering faster from the global financial crisis. Part of this is explained by a shift in global demand for products made in Thailand such as hard disk drives. However domestic factors were also important, including household de-leveraging after a rapid expansion of household debt, slowdown in government spending and withdrawal of global financial crisis-related stimulus measures.