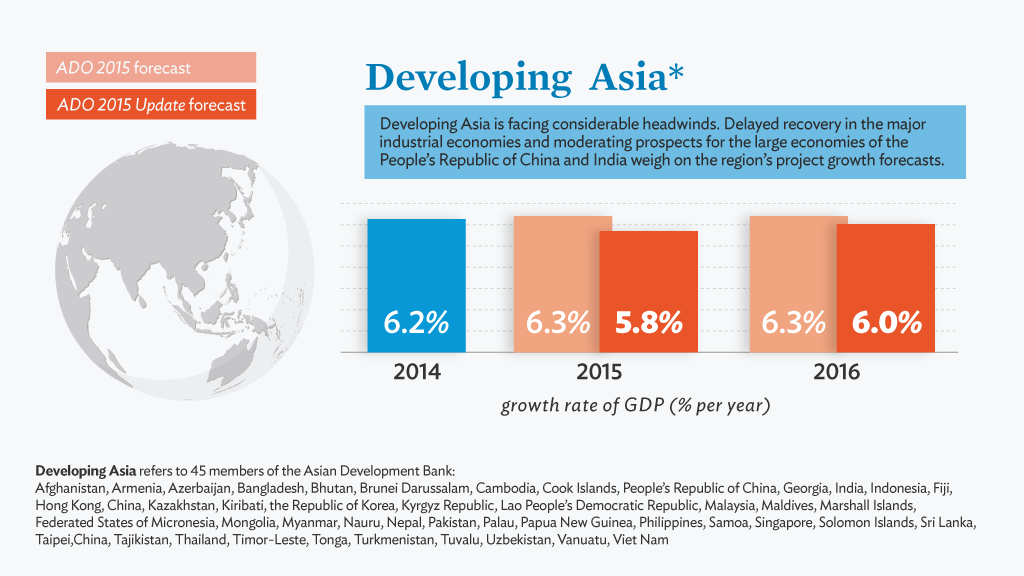 The Asian Development Bank has lowered its 2015 economic growth forecast for Thailand, in light of slowdown in the Chinese economy.

“Developing Asia is expected to continue to be the largest contributing region to global growth despite the moderation, but there are a number of headwinds in play such as currency pressures, and worries about capital outflows,”

“In order to be resilient to international interest rate fluctuations and other financial shocks, it is important to implement macroprudential regulations that, for some countries, may entail some capital flow management such as limiting reliance on foreign currency borrowing.”