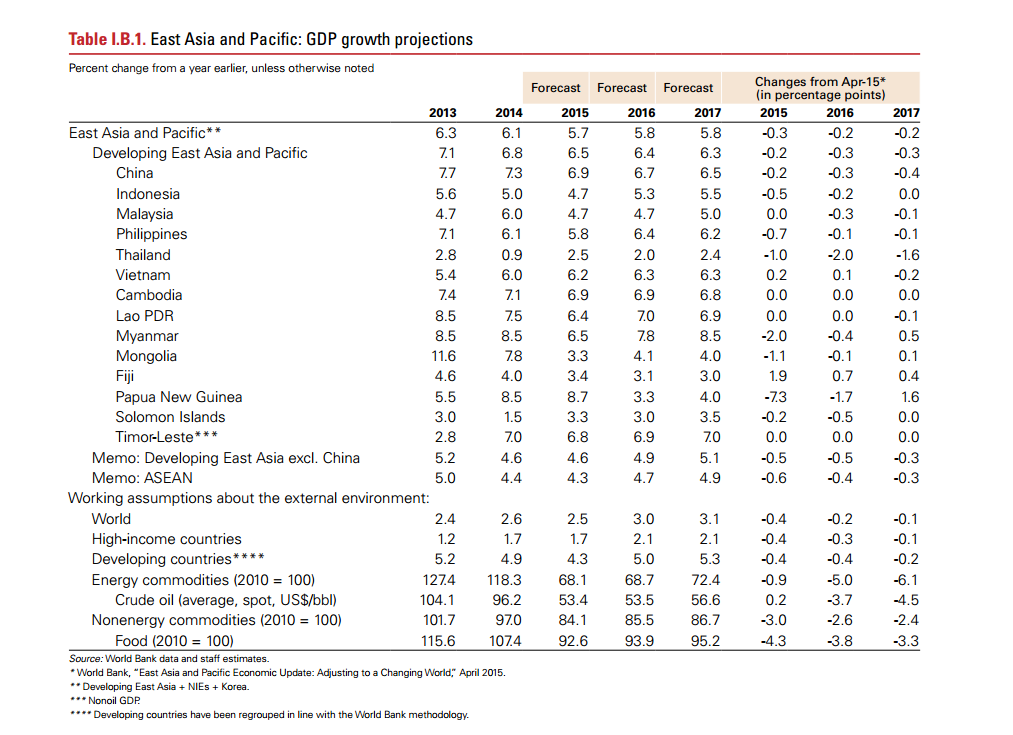 TMB Analytics forecasts that the country’s economy will grow by 3.5 percent in 2017, as risks remain in the global economy.

TMB Analytics Director Benjarong Suwankiri expects this year’s GDP to be 2.7 percent, adding that the government’s economic stimulus measures will begin to create an impact on the economy in the 4th quarter of this year until the end of next year.

Therefore, GDP is set to expand to 3.5 percent in 2017 due to public and private investment, as well as tourism.

The government has plans to invest 1.8 trillion baht from 2015 until 2022, which would create a positive impact on private investors, while stimulating the construction and real estate sector.

He stated that next year’s revenue will include some risky factors, such as dependence on agricultural products as revenue remains low.

Other factors include, the drought situation, high household debt and the global economic situation.

Earlier this month The World Bank has cut Thailand’s economic growth forecast for 2015 to 2.5% from 3.5%, the lowest in the East Asia and Pacific region.

says the World Bank in its latest regional report


Thailand has the lowest GDP growth forecast (2.5%) among Asean countries where growth prevision is set at 4.3% for 2015.

Earlier last month, Thailand’s central bank had already decided to again revise downward its economic growth projection for 2015 to 2.7% as a result of weaker-than-expected export performance and private spending