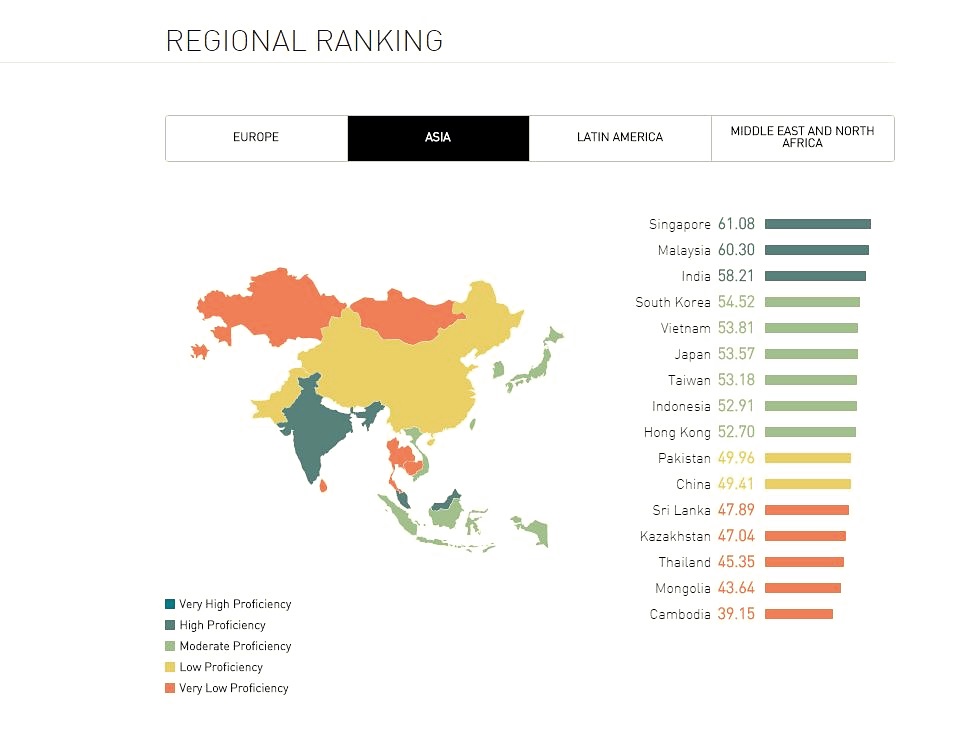 In 2015, English is widely accepted as the primary international language, and it is increasingly defined as a basic skill required of every student in every education system.

But not in every country : Thailand ranks 62 out of 70 countries in a global ranking of English skills by EF Education First.

The fith edition of the report also shows a worrying trend for Thailand : the country showed very little improvement and desperately sticks to the bottom of the charts.

The report identifies global and regional English-language learning trends and analyses the relationship between countries’ English proficiency and their economic competitiveness.

In Asia, only Mongolia and Cambodia have a lower score than Thailand. Two Asean countries (Singapore and Malaysia) are leading the pack in Asia, followed by Vietnam and Indonesia at 8th  (52.91).

It has been suggested that the quality of Thai skilled labor in all fields should be further developed in order to prepare for the free flow of ASEAN professionals after the formal establishment of the ASEAN Economic Community (AEC) by the end of 2015.

A market home to 600 million

This new market entity  is home to more than 600 million people, almost double the population of the United States. The combined economy will be the seventh largest in the world, comparable to that of Britain or Brazil. Language skills will matter in the new single market, especially in English.