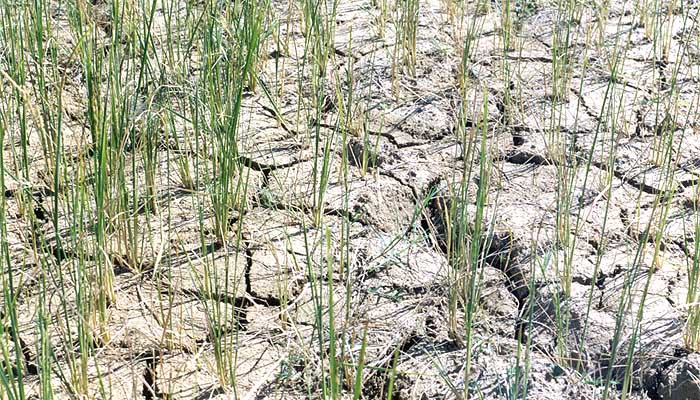 In early April the government declared 74 of the country’s 77 provinces as either drought-stricken or drought-affected areas.

The dry weather conditions are set to continue until the onset of the monsoon season, which is expected to begin in the second half of May, according to the Thai Meteorological Department.

A rebound in the agricultural sector in the latter half of this year and sustained growth into 2017 will rely largely on seasonal rains.

In January Thai authorities revised rice export projections for 2016 due to the extended drought from 10m tonnes to 9m tonnes.

Meanwhile, dwindling stockpiles and the affects of El Niño on other rice producers in the region have caused prices to increase, with any worsening of the drought in Thailand likely to trigger further inflation.

Sugar – another one of Thailand’s major crops – is also expected to see output drop sharply this year.

Production estimates of refined sugar for the growing season beginning in November were revised downward from 11.6m tonnes to 10m tonnes.

International sugar prices have been edging up since reaching seven-year lows last August, with production in Brazil – the world’s largest exporter of sugar – also impacted by low rainfall.

Agriculture accounts for more than 65% of Thailand’s water consumption, leaving the sector highly vulnerable to low rainfall. Estimates of total losses resulting from the drought are BT120bn ($3.4bn), roughly 0.85% of GDP, according to the University of the Thai Chamber of Commerce (UTCC).

In March the Asian Development Bank lowered its forecast for Thailand’s GDP growth in 2016, cutting its projection from 3.5% to 3%, due to a slowdown in growth in major industrial economies.

Though still above the 2.8% expansion posted in 2015, the 3% target could come under further pressure if the affects of the drought are worse than expected, the bank said.

In mid-April the UTCC also revised its growth estimate, down from between 3% and 3.5% to a range of 2.7% to 2.9%, citing extensive damage caused by drought.

However, the UTCC added that government support programmes for farmers valued at BT70bn ($2bn) would mitigate the impact of the water shortage on the agricultural sector.

Another measure to support primary producers in the shorter term are government training programmes aimed at educating farmers in alternative crops, thereby facilitating a shift to less water-intensive varieties.

The Ministry of Agriculture and Cooperation has announced it will provide soft loans to farmers to assist them in the transition process and see them through the current dry spell.The agricultural sector’s contribution to the economy has receded in recent years due to the expansion of the industrial and services sectors; however, primary production still accounts for around 10.5% of GDP and provides employment for 32% of the national workforce.