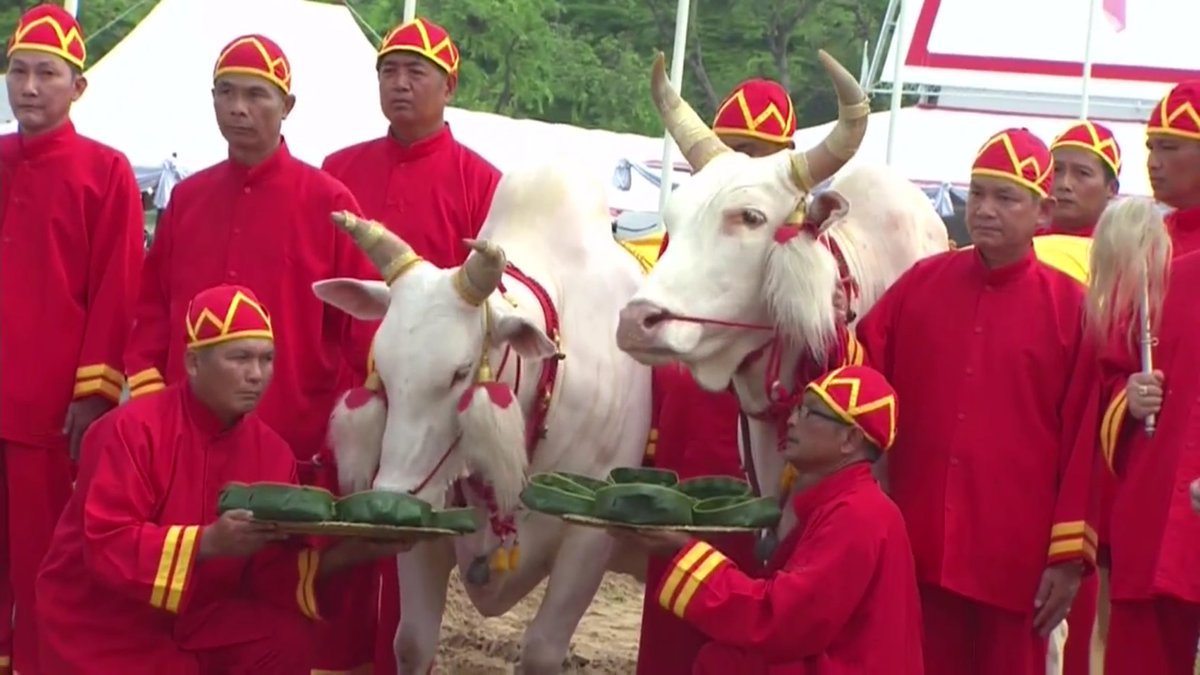 Thailand will have sufficient water for farming, while food production and crops will be bountiful.

This was predicted after the sacred oxen ate rice, maize and grass from among seven plates of food offered for them during the country’s significant event, the ancient Ploughing Ceremony, held at Sanam Luang royal field this morning.

The traditional and colourful ceremony held from 8.19am to 8.49am was presided over by His Majesty King Maha Vajirarongkorn, and attended by members of the Royal Family.

The ceremony was held to mark the beginning of the rice growing season​ and to herald the coming of the rainy season. It was the ancient ceremony to bring good fortune to all plants.

At the ceremony this year, the permanent secretary for agriculture and cooperative, Mr Thirapat Prayurasit, performed as Phraya Raek Na or the Lord of the Ploughing Ceremony.

New infrastructure investments called for Asia and the Pacific growth