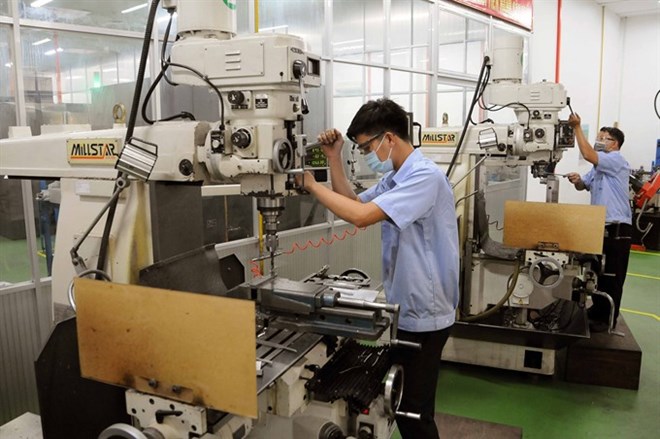 The World Bank (WB) released its Global Economic Prospects report on June 4, forecasting a global 2017 economic growth rate of 2.7 percent and a Vietnamese growth rate of 6.3 percent, lower than the 6.7 percent goal set by the government.

In Vietnam, strong exports are projected to help growth sustain itself at slightly below 6.5 percent this year, according to WB’s report.

After a period of financial market volatility in late 2016, global finance conditions have improved in 2017. Although real credit growth generally moderated on tighter regulations and higher inflation, it remained high in Vietnam and China.

The withdrawal of the United States from the Trans Pacific Partnership (TPP), however, could potentially withhold significant growth opportunities from Vietnam. Changing trade policies would also affect certain economies in the Asia Pacific region, namely those with sizable exports to developed economies such as Vietnam, Cambodia, China, Malaysia and Thailand.

As manufacturing and trade pick up, market confidence rises, and commodity prices stabilise, advanced economies’ growth will accelerate to 1.9 percent in 2017, which also will benefit developed countries’ trading partners. Meanwhile, emerging markets’ and developing economies’ growth will increase to 4.1 percent this year from 2016 number of 3.5 percent.

“With a fragile but real recovery now underway, countries should seize this moment to undertake institutional and market reforms that can attract private investment to help sustain growth in the long term. Countries must also continue to invest in people and build resilience against overlapping challenges, including climate change, conflict, forced displacement, famine and disease,” said Jim Yong Kim, World Bank Group President.

In late March, the General Statistics Office of Vietnam announced that the country’s first quarter GDP growth was 5.1 percent from the same…