The TDRI disclosed the results of a study on predicted public healthcare spending as it urged the government to plan for preventative healthcare and a health system for the elderly to reduce expenses.

While revealing that healthcare costs will reach Bt1.407 trillion on average by 2032, the TDRI said that if the government does not plan ahead to contain expenses, the figure could reach Bt1.825 trillion.

Individuals’ healthcare expenses could increase by up to 350 per cent

Nuttanan Wichitaksorn, the study’s lead researcher, said Thailand’s health expenses were rising rapidly from 10 per cent of total government spending in 2002 to 13 per cent since 2007.

From our research to predict the health expenses of the country during the next 15 years per the OECD’s [Organisation for Economic Cooperation and Development] measurements, we found that the cost of healthcare would [normally ] rise to about Bt480 billion to Bt630 billion, but due to the trend of the ageing society in Thailand, this cost will increase to [between] Bt1.4 trillion and Bt1.8 trillion.

He said individuals’ healthcare expenses could increase by up to 350 per cent.

Changes in demographics towards an ageing society

Based on the data, he urged the government to plan ahead to cope with an ageing society and associated health problems by promoting preventative healthcare and measures focused on senior citizens in the future. Such measures could save as much as Bt505 billion by 2032.

Nuttanan said the reasons for the massive increase in health expenses were changes in demographics towards an ageing society.

The study found that non-communicable diseases (NCDs) such as heart disease, cancer, diabetes, high blood pressure and obesity will be major health threats for seniors and require large budgets to treat effectively.

The study found that elderly people were the major group of patients suffering from NCDs in the Universal Health Coverage scheme and Civil Servant Medical Benefit scheme. 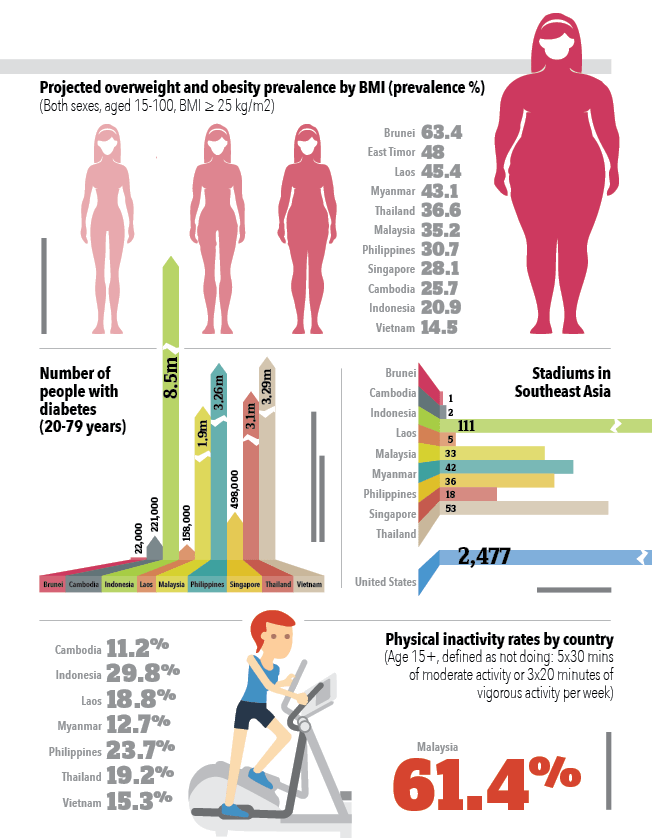 Nuttanan suggested that people should take care of their health by exercising regularly and eating healthy food while authorities should promote good health because NCDs were preventable and mainly caused by bad habits in everyday life.

The study also found that unnecessary expenses in private hospitals were another factor that caused high health expenses for some individuals.

Nuttanan said middle-income people could access a wider range of healthcare from private hospitals, but they also had to pay the most in relation to their income, compared to people who had both lower and higher incomes.

Restrained largely by slowing exports, Thailand posted paltry growth at 2.4% last year. GDP growth is likely to slow further to –4.8% this year but could pick up to 2.5% in 2021.