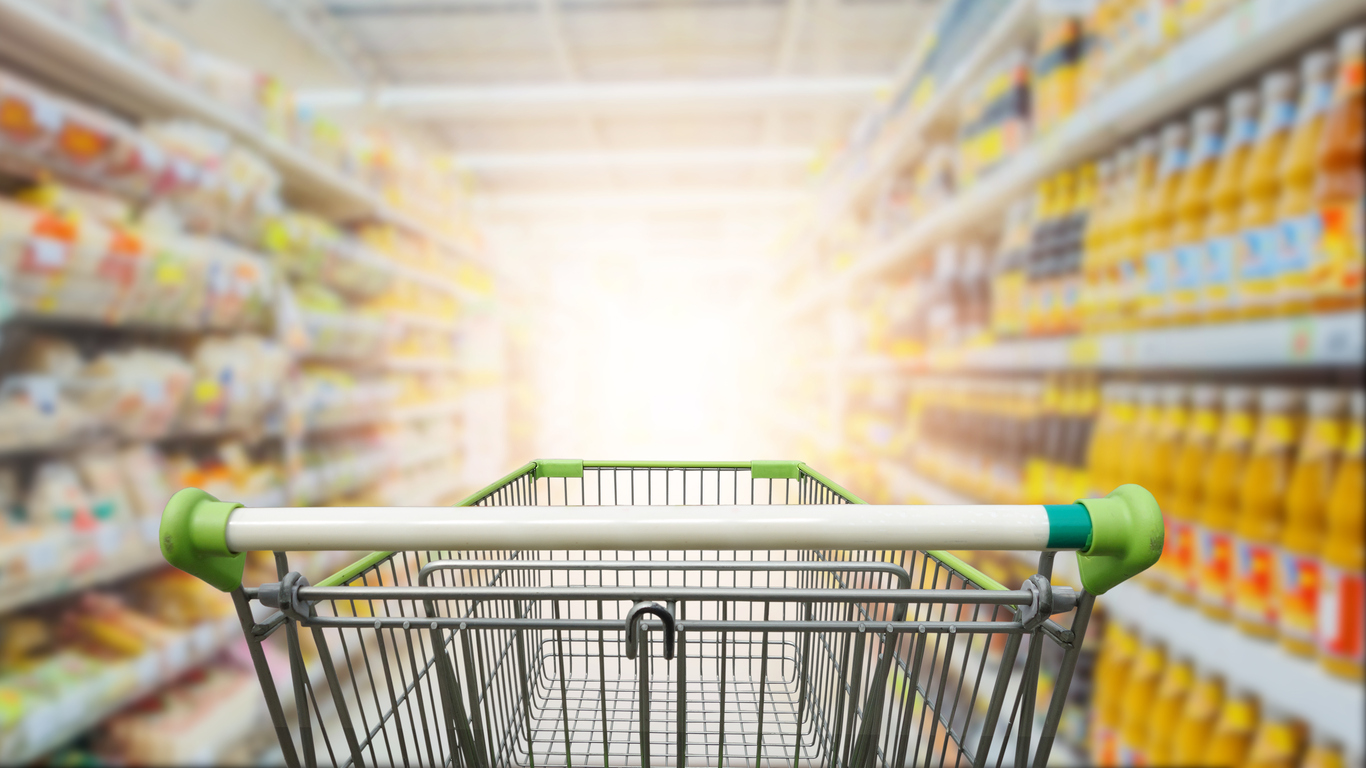 The proportion of modern grocery to total grocery market in Thailand is only 46%. Meanwhile, the value in Japan, South Korea, and Singapore is over 70-80%. This gap shows that there are still opportunities for modern grocery retailers in Thailand to grow, especially through opening new stores in the newly developed area of the country.

During 2006 to 2013, this market used to grow by 8-9% per annum However, In the last 3-4 years, the growth decelerated to 5% per annum. This is attributed to the recent economic slowdown as well as the increasing in competition that can be observed from the reduced figures in the same store sales growth (SSSG) statistics.

These statistics reveal that growth in the past occurred through the increase in the number of stores. In addition, the arrival of e-commerce and the introduction of new business models contributed to an increasing competitiveness.

EIC analysis shows that modern grocery retailer market in Thailand can still grow but increasing competition means that the level of growth will not reach the previous height, with 4% becoming the new normal over the next 3 years. This is because retailers will become more cautious in the selection of a store location and the changing business models.

The proportion of modern grocery to total grocery market in Thailand is only 46%. Meanwhile, the value in Japan, South Korea, and Singapore is over 70-80%. This gap shows that there are still opportunities for modern grocery retailers in Thailand to grow, especially through opening new stores in the newly developed area of the country.

Based on World Bank’s information, the urbanisation rate in Thailand has further room to grow with the current rate of 50% in contrast to 80-90% in South Korea and Japan.

Furthermore, data on modern grocery penetration highlights that the number of stores in Thailand can still grow especially in the form of convenience store and supermarket.

Currently, there are 200 modern grocery stores to 1 million people, 3-4 times lower than Japan and South Korea. In any case, major players in the Thai market already have a plan to increase the number of stores focusing on a small format.

It is expected there will be an increase of convenient stores and supermarkets by 10% and 7% respectively in 2018. In contrast, the growth in the number of hypermarkets is likely to slow down because of several factors including changes in consumer behaviour, restrictions due to town and country planning law, and the difficulty in finding larger space for new stores. The smaller store format also means faster expansion. Consequently, smaller store format is more appropriate for the modern consumers who have a smaller family and crave convenience.

How can global trust in the global economic order be restored ?

Thia Exports fell for the fifth straight month in December, resulting in a full-year contraction of 2.65% in 2019

The Commerce Ministry reported on Wednesday that customs-cleared exports fetched $19.15 billion in December, down by 1.28%

The Thai economy is projected to pick up moderately to 2.7 percent in 2020 as private consumption recovers and investment picks up due to the implementation of large public infrastructure projects.

Deputy Prime Minister, Dr. Somkid Jatusripitak, said that about 1 trillion baht of the government’s budget will be spent to stimulate the Thai economy.

BANGKOK (NNT) – The ongoing trade war between the United States and China and a delay in state spending have added uncertainty to the country’s economic outlook.