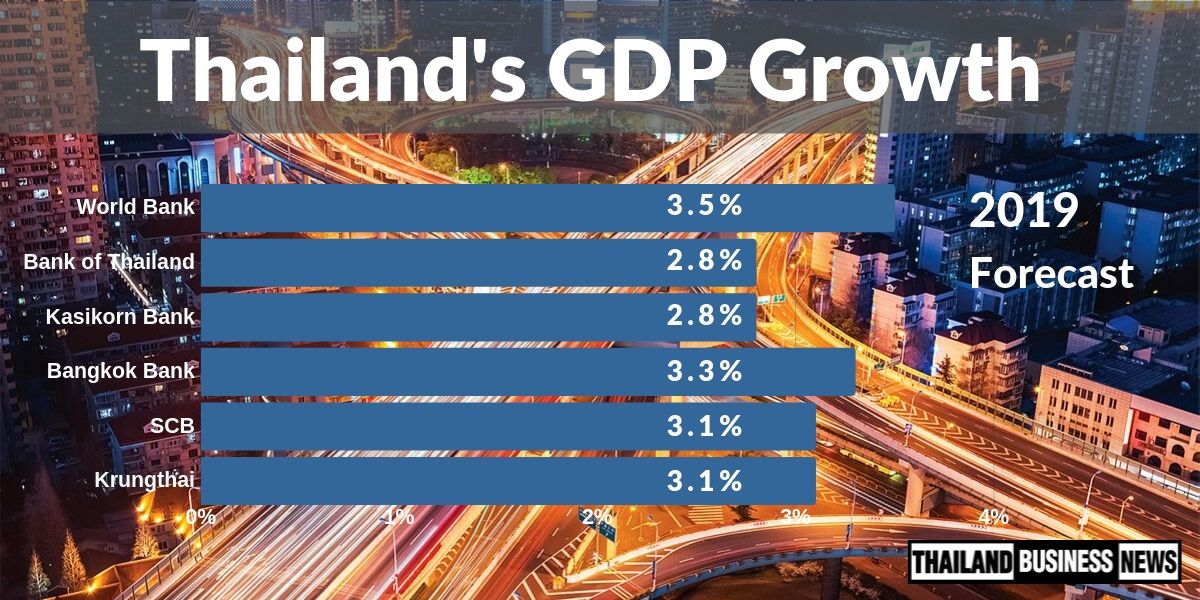 The Joint Standing Committee on Commerce, Industry and Banking (JSCCIB) agreed today to lower down the economic growth projection (GDP) to 2.7-3% from 2.9-3.3% due to weakening economic growth during the first three quarters of the year.

The global economic slowdown, as a result of trade tensions between China and the United States, compounded by a strong baht currency, continues to dampen exports, with impacts on the production sector.

The joint committee, involving the Thai Chamber of Commerce, the Federation of Thai Industries and the Thai Banking Association, also predicted continuing contraction of exports from -1% to 1% to -2% to 0.0%.

Earlier this week the Kasikorn Research Centre (KResearch) revised downward its economic growth forecast for 2019 from 3.1 per cent to 2.8 per cent, while predicting that the economy may grow at less than 3.0 per cent next year amid numerous negative factors.