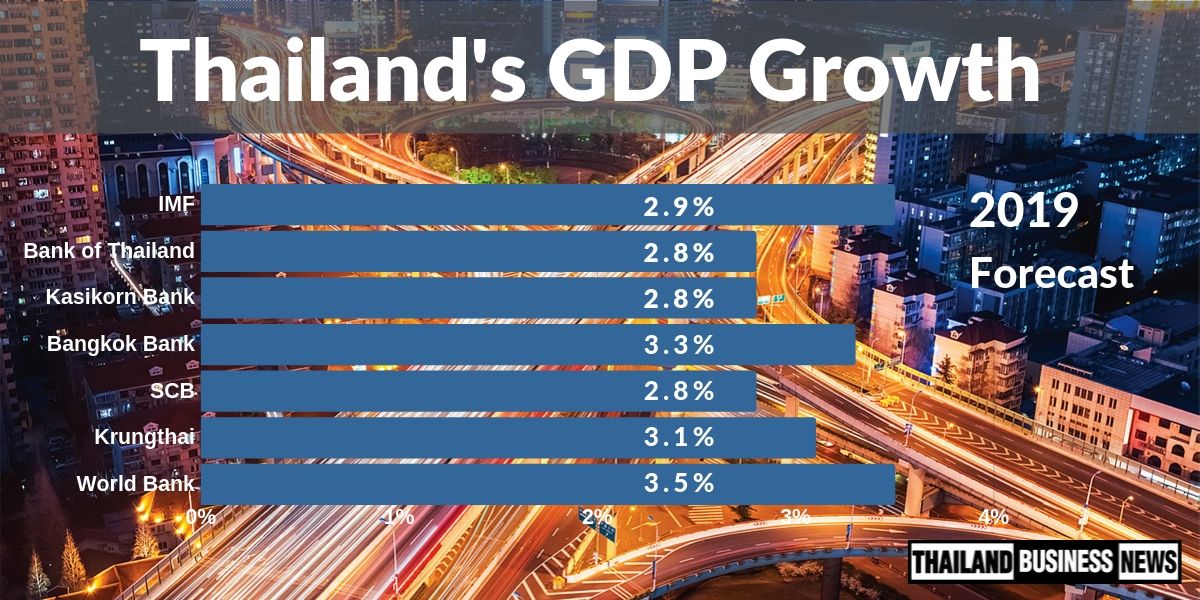 The center has reported that domestic consumption is showing signs of a slowdown, especially in the private sector, as seen from lower sales of housing and motor vehicles, while financial institutions have become more stringent when offering loans, due to higher household debt.

Siam Commercial Bank’s (SCB) Economics Intelligence Center (EIC) estimates the export sector this year will shrink by 2.5 percent, while the tourism sector will generate less income due to lower spending by tourists because of the higher value of the Thai Baht, despite tourist numbers reaching the 40.1 million persons goal.

The overall Thai economy however remains robust following the government’s investments in large projects and the Eastern Economic Corridor.

Thailand’s economic growth rate could slow to 2.9% this year and be 3.0% in 2020 according to IMF’s latest report.

Risks to the growth outlook are tilted to the downside stemming from the impact of the global economic slowdown, current trade tensions and weak domestic demand, the IMF said.

Since December 2018, the baht has appreciated by about 5.5 percent against the U.S. dollar, making it one of the best performers in the region.

The level of reserves increased by nearly US$11 billion by end-June 2019 to US$250.3 billion, well above Fund adequacy metrics. Since May 2019, capital inflows have further accelerated, contributing to a sharper appreciation of the baht.

A number of other Directors called for a more cautious interpretation of the external balance assessment citing Thailand’s pecific issues as contributing factors.

Thailand has the worst Pension System from 37 Countries