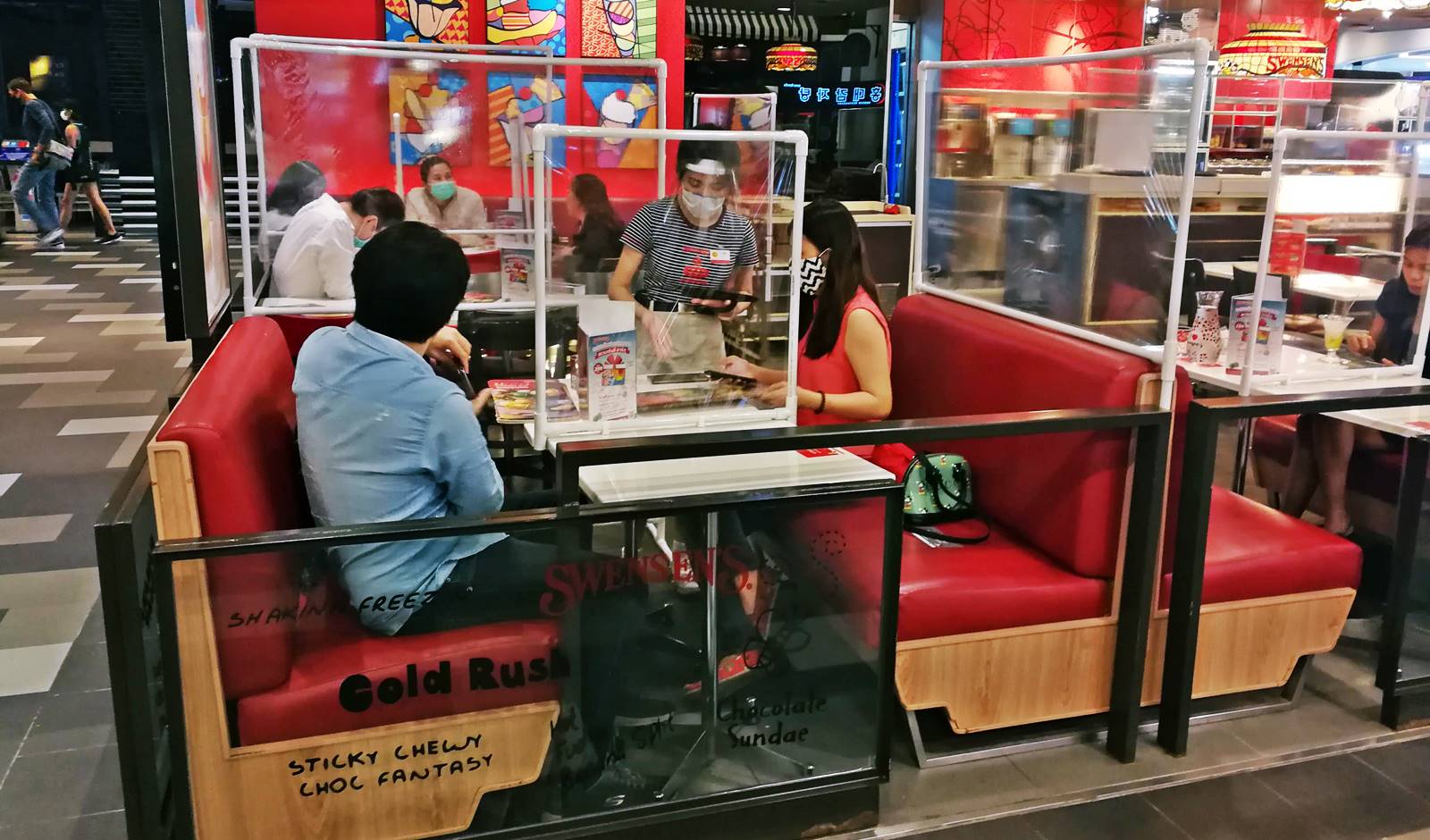 Customers order food in a restaurant in a Bangkok shopping mall

Thailand’s Prime Minister Prayut Chan-O-Cha on Wednesday urged parliament to approve the kingdom’s biggest-ever stimulus package to revive an economy battered by coronavirus, which has brought tourism to a standstill, slashed exports and left millions jobless.

The 1.9 trillion baht ($59.6 billion) package would be a much-needed financial boost for Southeast Asia’s second biggest economy, which is expected to shrink by 5-6 percent in 2020.

Members of parliament — who inaugurated a new building on Wednesday — are set to discuss three bills over the next five days covering healthcare, unemployment and a fund to stabilise markets and boost purchasing power.

The opposition Pheu Thai party has vowed to grill the ruling military-backed government — which holds a slim majority — on the bill and its handling of the epidemic.

On Wednesday, Prime Minister Prayut Chan-O-Cha pleaded for the swift passage of the bill, saying the administration was currently attempting to manage the economy “using the central budget, the next year’s budget, or transferring” from other areas.

“But it is not enough,” Prayut told the opening session.

“To get the country back on track… we urgently need the budget of 1.9 trillion baht.”

About 550 billion baht ($17.2 billion) is expected to go to farmers and informal workers such as street vendors and those employed in massage parlours and bars.

Tourism-reliant Thailand started showing the first signs of the virus in January when Beijing prohibited its citizens from travelling abroad.

Chinese make up a majority of the kingdom’s visitors.

Tourism revenues dropped by 40 percent in the first quarter, Prayut said, and the next quarter will be even “more severe.”

The virus toll, which stands at a little over 3,000 infections and 57 deaths, has slowed in recent weeks and the country is gradually reopening.

But the restrictions — and a ban on inbound flights — have left Thais struggling to put food on the table.

Last week the CCSA (Centre for Covid-19 Situation Administration), said that the emergency decree would remain in effect for another month, until the end of June.

The government enforced the state of emergency on March 26 until April 30 and imposed a curfew on April 3.

A local trade association estimates that 6.5 million people will be permanently out of a job by the end of 2020.

So far, more than 20 million have registered for a government handout of 5,000 baht (US$150), while many others say they have been left out of the scheme.

The kingdom’s economy was flagging even before the pandemic.

Many in politically febrile Thailand are unhappy with the ex-generals, who seized power in a 2014 coup and still run the government.