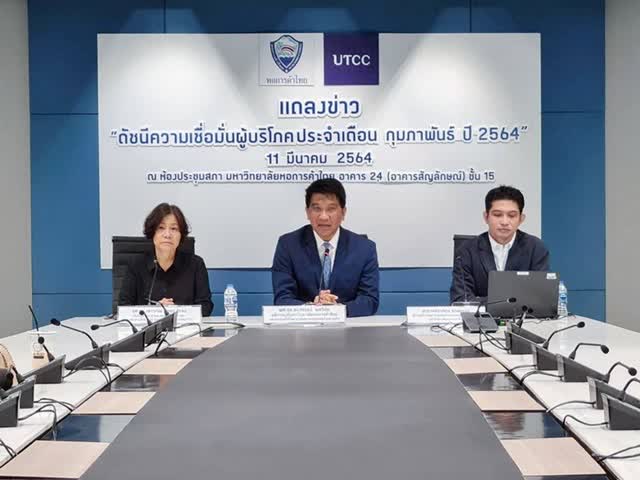 BANGKOK (NNT) – Consumer confidence has seen a hike on the back of COVID-19 vaccination clarity and economic stimulus measures, leading to the belief the economy could grow 3 percent this year.

Director of the University of the Thai Chamber of Commerce and President of the Economic and Business Forecasting Center Thanawat Polvichai, has advised that consumer confidence in February 2021 rose to 49.4 points, moving up for the first time in three months in a reflection of improving consumption fueled by a drop in the number of COVID-19 infections in the nation and the start of vaccinations in the Kingdom and globally.

Government stimulus measures such as the co-pay scheme and Rao Chana have also fostered buying, raising the price of agricultural goods such as Para Rubber, palm oil and animal maize.

The economist gave his opinion that even more clarity should be provided on how vaccinations are to be distributed as well as on plans to reopen the nation to international tourism in the fourth quarter, in time for the high season.

He similarly called for clarity on the Vaccine Passport and urged local administrations to expend funds to spur regional circulation.

It was suggested that the government continue supporting consumption with a third phase of the co-pay scheme and spur domestic travel by staging seminars and workshops in the provinces on weekdays, which would make up for lost tourism revenue.