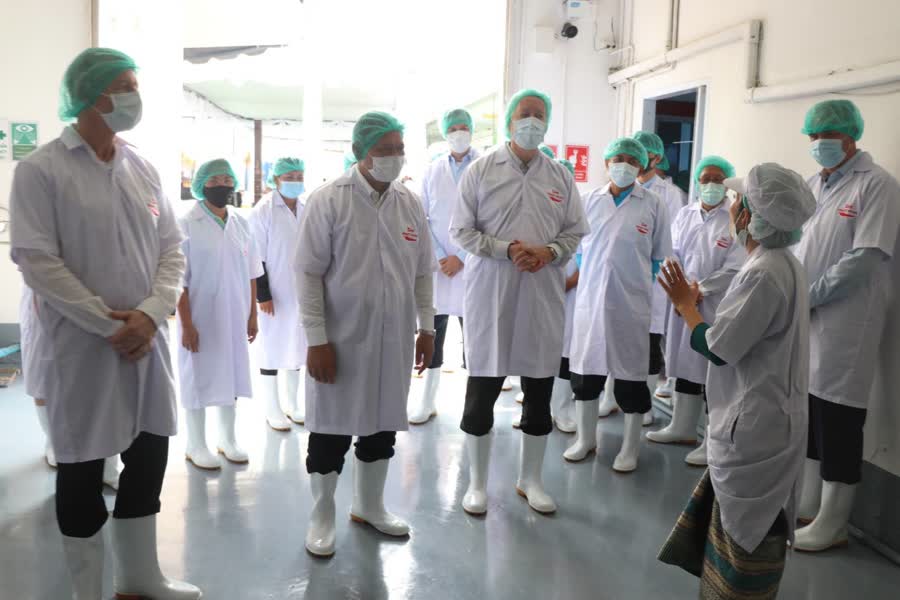 SBPAC Secretary-General Adm Somkiat Polprayoon, and a delegation of 40 representatives of agricultural offices in the southern border region, are engaged in a work study activity led by the De Smit Food International Co. Ltd. in Payuhakiri district of Nakhon Sawan, a producer of chili sauce and other condiments that exports its goods internationally to Europe, Malaysia and Indonesia, a major Halal food market that further distributes the products to the Middle East.

The company currently exports approximately 20 million kilograms of chilis annually and despite sponsoring farms in the north and northeast, has been unable to keep up with demand.

Adm Somkiat outlined today that the trip was to build confidence among southern growers in the trajectory of agricultural advancement, in particular to show them that there is a market for their crops and that quick growing plants are an avenue to ready income.

The De Smit facility is the only one in the country with Rainforest certification of hygiene and safety. The company is planning to establish a facility in the southern border region, pinpointing it as attractive to investment.

The Ambassador of the Netherlands to Thailand was also in attendance on the trip and remarked that the south is a prime location for agriculture, with its crops suitable for value adding. It was suggested that Dutch technologies to develop organic growing be incorporated into southern farms, to avoid the use of dangerous chemicals.

Government Will Sign MoU on Rice Sale with Indonesia