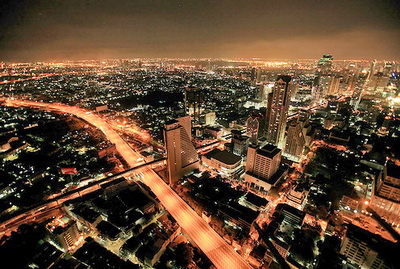 Helping developing countries turn trash into cash is the focus of a new initiative launched today by the Economic and Social Commission for Asia and the Pacific, (ESCAP) – the regional arm of the United Nations in Asia and the Pacific – in partnership with Waste Concern, a Bangladesh NGO.

The initiative was launched today in Dhaka, Bangladesh at a workshop attended by senior government officials, representatives of private sector firms, academic institutions and NGOs from ten countries from Asia and Africa.

“As everything is becoming shadowed by climate change, appropriate waste collection and disposal is becoming more and more important not only to improve the living environments in our cities but also as a contribution to climate change mitigation and adaptation,”

said Dr. Hasan Mahmud, State Minister for Environment and Forests, of Bangladesh at the opening. “This is why this regional initiative by ESCAP and Waste Concern is very timely indeed. In Bangladesh we are planning to extend the Waste Concern model to all 64 district towns.” The aim of the region-wide project is to enable cities across Asia and the Pacific to develop and implement solid waste management strategies that are decentralized, propoor, low-carbon and self-financing through the sale of carbon credits. The growth of urban populations and economies in Asia has resulted in a corresponding growth of solid wastes that municipal governments are finding difficult to dispose of.

Existing dumpsites are filling up and finding land for new dumpsites is becoming increasingly difficult. Local governments in the region devote up to 60 per cent of their annual budgets to collecting, transporting and disposing solid wastes. In spite of the amounts spent, collection coverage is often low and waste is often disposed in crude open dumps that pollute the atmosphere and water sources. At the same time, the informal waste collection sector has shown that recycling waste can be a profitable industry. Millions of waste pickers make a living from recycling wastes.

Recently, it has been shown that not only can money be made from inorganic recyclable waste, but also from organic waste, by turning it into compost and financing the initial start-up costs through carbon credits. Waste Concern was one of the first organizations in the world to acquire carbon credits for composting under the Clean Development Mechanism (CDM) – an arrangement under the Kyodo Protocol that allows industrialized countries to invest in ventures that reduce emissions in developing countries. /…