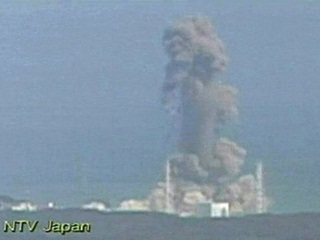 The nuclear emergency in Japan has renewed debate about the safety of nuclear power in the Asia Pacific, possibly the world’s most natural-disaster prone region. Southeast Asia has no working nuclear power plants, but most countries there plan to develop nuclear power despite the emergency.

Indonesia, Malaysia, Thailand, and Vietnam plan to build nuclear power plants in the next decade and others in Southeast Asia hope to follow them.

Following the emergency in Japan, the Thai government said it would also take into account concerns about nuclear safety as it became more of a public focus.

But Thai government spokesman Panitan Wattanayagorn says it would not delay their nuclear power development.

“Until we know for sure what happened in Japan, I think several governments may require more information on this issue,”

“So, I think ‘yes’, certainly it raises some concerns, but these concerns are not new. Hopefully, our committee who are working on this issue will come up with a comprehensive picture of this.”

But the nuclear emergency caused by the earthquake and tsunami in Japan has raised concerns about the safety of developing nuclear power, especially in countries vulnerable to natural disasters. The Asia Pacific region is every year struck by earthquakes, tropical storms, monsoon floods and landslides.

Following the disaster in Japan, some officials and activists in the region are urging a re-thinking of pursuing nuclear energy.

Today, it is generally accepted that electricity is a major factor in driving a nation’s economy and improving people’s living. Given the continuous economic growth of Thailand in the past 30 years, the country’s annual electricity demand has greatly increased from 14,000 million units or gigawatt-hour (GWh) to 150,000 GWh at present, or at an average annual growth rate of 8.2 per cent.

Electricity demand has increased sharply in the industrial sector as a result of the policy of successive governments trying to scale up investment in the industrial sector. In addition, Thailand’s economic development has resulted in growing electricity consumption by the commercial and residential sectors driven by higher income levels of consumers whose consumption characteristics have shifted towards greater convenience and modernization.

Consequently, the government has to work out the power development plan of the country to increase the generating capacity of the system so as to adequately meet the rising demand. In 1979, the peak demand of power was 2,964 megawatts (MW) while that in 2009 amounted to 22,596 MW. Meanwhile, power transmission and distribution systems have been so much expanded, particularly in the service areas of the Provincial Electricity Authority (PEA), that they can presently cover almost all areas nationwide.

Thailand’s economy could be at test in 2011