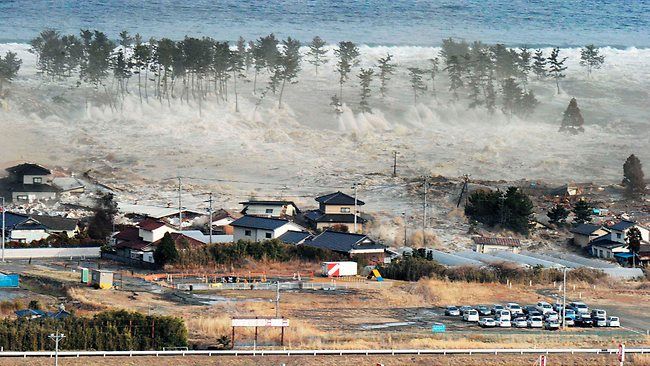 In studying the regions recovery efforts after the 2004 tsunami, there are lessons for Japans leaders. To be sure, not all of them could help Japan: The creation of a better early-warning system across Asia, a result in part of the 2004 tsunami, still did not give many Japanese enough time to flee the rising wall of water.

But some of the most important lessons from 2004 could be useful to Japan, a country far richer and better prepared than the nations hit hardest in 2004–Thailand, Indonesia, Myanmar, India, and Sri Lanka–as it tries to rebuild its economy and environment, and prepare better for the next disaster.

In preparing for natural disasters, Japan, which lies along the “Ring of Fire” Pacific earthquake zone, has built a series of seawalls and other protections against earthquakes and tsunamis. Some of its regulations have proven priceless, like those that ensured that many taller buildings were built with earthquake-resistant standards. But Japan, which has a politically powerful construction industry, also has destroyed much of its natural coastlines, which could serve to impede the flow of high seas.

Some of the most important lessons from 2004 could be useful to Japan, a country far richer and better prepared than the nations hit hardest in 2004--Thailand, Indonesia, Myanmar, India, and Sri Lanka--as it tries to rebuild its economy and environment, and prepare better for the next disaster.

Construction along Thai beaches had destroyed natural mangrove forests and coral reefs off the coast. These reefs and forests serve as natural barriers against the tides and could have helped block the deadly waves, though they wouldnt have stopped them. They also can help stop coastal erosion, keeping barriers against the sea in place. Since the 2004 tsunami, many of the countries in the region began to repair their coasts.

No. 2: Official Secrecy is Corrosive

The 2004 tsunami hit at a time when authoritarianism was strengthening in Southeast Asia. In Myanmar, a country with more than 1,500 miles of coastline, the government barred journalists, sealed its coastline, and blocked aid workers from surveying the ruins, perhaps worried that the damage would make the government seem vulnerable.

The New Light of Myanmar, the juntas state newspaper, reported shortly after the disaster that Burmas beaches were still “thronged with vacationers.”

In Thailand, then-prime minister Thaksin Shinawatra, an elected autocrat, ordered an investigation into the initial tsunami response, but few Thais believed any culprits, such as officials who ignored warnings of the tsunami, would be punished beyond the head of the Meteorological Department which might have provided a warning, who was transferred.

After all, the real culprit was Thaksin himself, who as prime minister had stifled free press outlets and independent-minded civil servants and so had neutered the kind of independent thinking necessary to respond to crises. Japan will need to create one agency, near the center of the damage, which can take responsibility for organizing relief and rebuilding. By comparison, the regions most democratic countries, though still devastated by this force of nature, at least were responsible in their responses.

In India, the disaster produced a ferment of anger in the press, and the population at large, over whether unregulated coastal construction and the destruction of wetland environment exacerbated the deadly impact of the waves. Since 2004, though, little has been done by Indias government to shore up natural coastlines in areas vulnerable to tsunamis.

Japan is not Myanmar or Thailand, but Japanese leaders, and corporations, do have an unsettling history of favoring secrecy over transparency. Japanese leaders have given various explanations of what constitutes a safe distance from the nuclear reactors, and in speaking with reporters, many Japanese men and women already indicate that they do not trust the governments pronouncements on the nuclear disaster.

But a disaster throws this secrecy into light, and Japans nuclear industry, and its politicians, will need to change their style for the future, embracing more openness, even if the reports about the reactors damage are terrifying. Only then will they earn back the trust of the public.

via Lessons for Japan in 2004 Tsunami – Council on Foreign Relations.

How to impact your carbon footprint?

Power Generation: What are the options for Thailand?