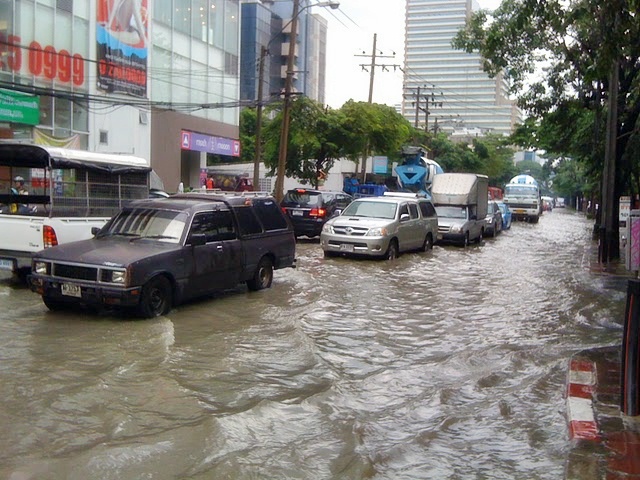 Authorities in Thailand are preparing for more monsoon flooding, with 23 of the kingdom’s 76 provinces already affected.

“The flood is worse than last year as it is more prolonged and affects more people,” Pavinee Yupiasert, head of the relief division of the Thai Red Cross Society Relief and Community Help Bureau told IRIN on 14 September, noting, however, that the situation was now “under control”.

According to Thailand’s Department of Disaster Prevention and Mitigation (DDPM), more than 760,000 people have been affected by seasonal flooding since July, with at least 83 deaths reported. “We expect water levels will rise and the flooding will continue, especially in the middle of Thailand,” Pongsapron Sirisakorn, DDPM’s operation section chief, said.

Flash flood and landslide warnings are now in effect in six provinces, with residents of low-lying areas being told to evacuate and move their belongings to higher ground. Rescue teams have been dispatched to provide food and other supplies to those affected.

Meanwhile, Bangkok Governor Sukhumbhand Paribatra on Wednesday expressed confidence that the Bangkok Metropolitan Administration (BMA) can deal with the flood, but he remained concerned regarding 27 flood-prone riverside communities outside flood prevention walls.

The governor said that the flood situation in the capital is under control.

Despite heaviest rainfall last Sunday, BMA officials and workers were able to drain water off low-lying areas effectively and traffic on the main roads was not disrupted.

The BMA has closely monitored the situation in 27 riverside communities outside the flood dyke-protected zone and the eastern and western parts of Bangkok which are lowland areas, according to the governor.

Still, the BMA is concerned about the water situation in the Chao Phraya River by late Occtober when the water level is forecast to rise due to high tides combined with the northern run-off, the governor added, explaining that the situation will get worse if it rains in Bangkok during that time.

He ordered the officials and agencies concerned to brace for flooding, to be on standby around the clock to assist affected residents and to provide flood-related equipment, sandbags and medication.

Runoff water is now flowing down to the lower Chao Phraya Basin and expected to reach Bangkok early next week.
The situation will be worrying between September 17 and September 30, according to the House adhoc committee on how to tackle flooding and to manage water resources.

It pointed out that, “Run off water will linger in Bangkok over the period, which is also the hightide time”.
Sanya Cheenimit, who heads Bangkok Metropolitan Administration’s Drainage and Sewerage Department, Wednesday said his agency was now closely monitoring the situation.