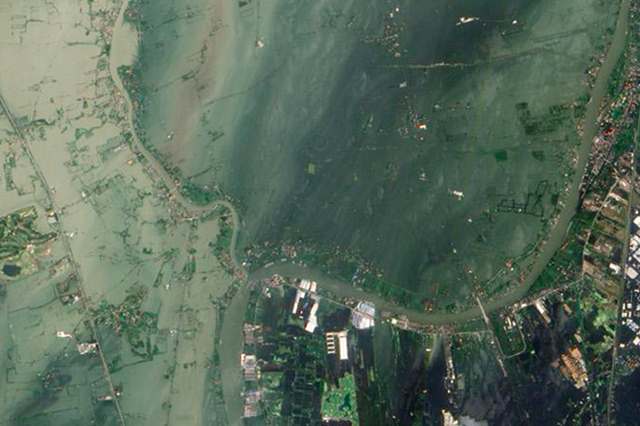 Prime Minister Yingluck Shinawatra has stated that Thailand would start to work out a master plan for national water management, which would be able to deal effectively with the flooding situations in the long run and minimize impacts.

She pointed out that not only Thai people but also the international community would like to see water management handled in the same direction by knowledgeable persons and experts.The Prime Minister said that she would join the upcoming Asia-Pacific Economic Cooperation APEC summit, to be hosted by the United States in Hawaii on November 12-13.

Restore the confidence in Thailand in the international community

On this occasion, she would give an explanation regarding the flooding situation in Thailand and the country’s recovery plan. The explanation is meant to restore the confidence in Thailand in the international community, especially among foreign investors.Prime Minister Yingluck said that Thailand was now accelerating rehabilitation for affected people and businesses. The Government had also invited experts to discuss the recovery plan on a long-term basis.

A satellite view of Ayutthaya region shows the extent of flooding

She said that the Ministry of Foreign Affairs recently briefed a group of heads of mission and representatives from the diplomatic corps and international organizations on the flooding situation in Bangkok and its vicinity.

During their recent visit to Thailand, a group of experts from the Japan Disaster Relief Team met the Director of the Flood Relief Operations Center, Police General Pracha Promnog, on October 31 to report the results of their inspection of the current flooding situation.

The Japanese team showed confidence in the Thai government’s measures to protect Bangkok and Suvarnabhumi Airport from the flooding.

Japan is also ready to offer a helping hand.A report from the Emergency Operation Center for Flood, Storms, and Landslide on November 2 indicated that 26 provinces were still suffering from floods and 427 people have died. The Cabinet on November 1 was told that the flooding situation eased in 37 provinces, which are now in the rehabilitation process. Bangkok, Nonthaburi, Pathum Thani, Nakhon Pathom, and Samut Sakhon are facing severe floods in many areas.

Meanwhile, the Flood Relief Operations Center FROC reported that the amount of runoff from the North has decreased, and it is expected that the water level in the Chao Phraya River will lower. This will enable authorities to drain out more flood water to various rivers, with a focus on protecting the country’s economic zones.

Also, because some news agencies showed pictures of passenger airplanes surrounded by high water, FROC explained that the airplanes had been decommissioned prior to the flooding and were in fact at Don Mueang, not at Suvarnabhumi Airport, which is operating as usual.

via Inside Thailand — Master Plan to Be Worked Out for National Water Management.