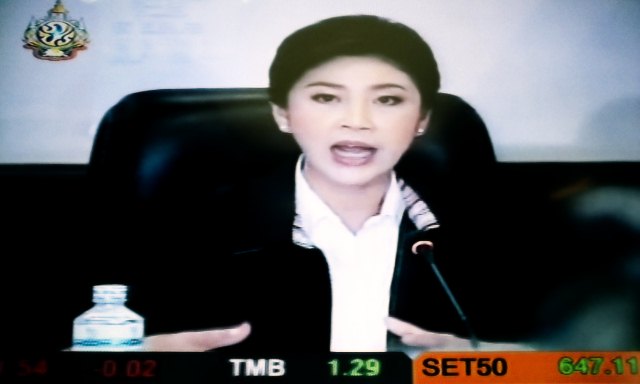 The Government has allocated more than 53 billion baht in the 2012 fiscal year to promote integrated water management and water resources management.

Out of the amount, 45.28 billion baht has been set aside for better and more systematic water management to enhance the efficiency of Thailand in preventing, mitigating, and tackling recurring floods and droughts.

Prime Minister Yingluck Shinawatra on November 9 presented a draft bill on the 2.38-trillion-baht national budget to the House of Representatives for a two-day debate. In her statement, the Prime Minister said that the Government would support the royal rainmaking operations, expand irrigation zones, divert and distribute water in critical areas, and develop community water sources.

The Thai Government has allocated more than 53 billion baht in the 2012 fiscal year to promote integrated water management and water resources management.

As for water resources management, she said that 7.92 billion baht had been allocated in the 2012 national budget in order to develop management mechanisms and rehabilitate water resources. Knowledge about water would be disseminated through people’s network and local administrative organizations. She said that the Government would develop 287 water sources to solve flood and drought problems.

The Prime Minister stated that the current flooding situation would have adverse effects on Thailand’s economy, at both macro and household levels. The impact on the production sector would be evident in late 2011. She said that the Government would do everything possible to cope with this problem and that when the problem eased, it would accelerate investment in rebuilding infrastructure and speed up rehabilitation measures to help affected people and businesses whose property had been damaged by the flooding.

via Inside Thailand — Budget Allocation for Water Management to Tackle Flooding.