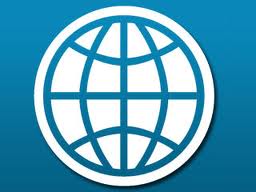 Singapore, November 22, 2011 – Growth is still strong in developing East Asia, but continues to moderate mainly due to weakening external demand, underscoring the need for governments to refocus on reforms to increase domestic demand and productivity, says the World Bank in its latest East Asia and Pacific Economic Update released today.
The report, issued biannually, projects that amid uncertainties in Europe and a global growth slowdown, real GDP in developing East Asia will increase by 8.2 percent in 2011 (4.7 percent excluding China) and by 7.8 percent in 2012. Domestic demand in middle-income countries was the largest contributor to growth in the region, although it is easing driven by the normalization of fiscal and monetary policy.

“Lower growth in Europe in the course of fiscal austerity and the banks’ needs to increase capital coverage would affect East Asia. Less credit from European banks can also affect capital flows to East Asia, but high reserves and current account surpluses protect most countries in the region against the impact of possible renewed financial stress,”

The effects of flooding in several countries are also likely to take a toll on growth this year. While damage estimates are not complete, Thailand’s GDP growth in 2011 was revised downwards to 2.4 percent due to widespread flooding.

Losses in production are felt in the entire region, as the impacts of the disaster are spreading through industrial supply chains. While reconstruction after the flood in 2012 is likely to contribute to growth, recovery of production to pre-disaster levels in the region will depend in part on the strength of global demand for electronics and cars.

In response to the global economic slowdown, policymakers in East Asia are rethinking their policy options. In the short-term, striking a balance between stimulating growth and fighting the effects of global uncertainty is the primary challenge, says the report. Policymakers are likely to hold off further policy tightening and stand ready to act should negative shocks to growth occur, or in the unlikely event of a disorderly resolution of the Eurozone debt problem.

Fiscal positions, while not as strong as before the 2008 crisis, leave sufficient space for fiscal stimulus in most middle income countries should this become necessary. However, stimulus alone will not be enough given the outlook for protracted low global growth.

“Governments can take this opportunity to refocus on reforms that will enhance growth in the medium- and long- term. Higher investments in infrastructure, education and social security systems can help countries increase productivity and move toward higher value added production,”,

said World Bank Senior Economist Ekaterina Vostroknutova, lead author. “Any possible stimulus programs should be fiscally sustainable, well-targeted and directed at promoting the structural transformation needed for stronger, domestically driven growth.” Where levels of investments are already high, increasing the quality and efficiency of these investments should take priority alongside rebalancing growth towards domestic consumption, says the report. Further investment in disaster management and prevention is also becoming more important for the region.