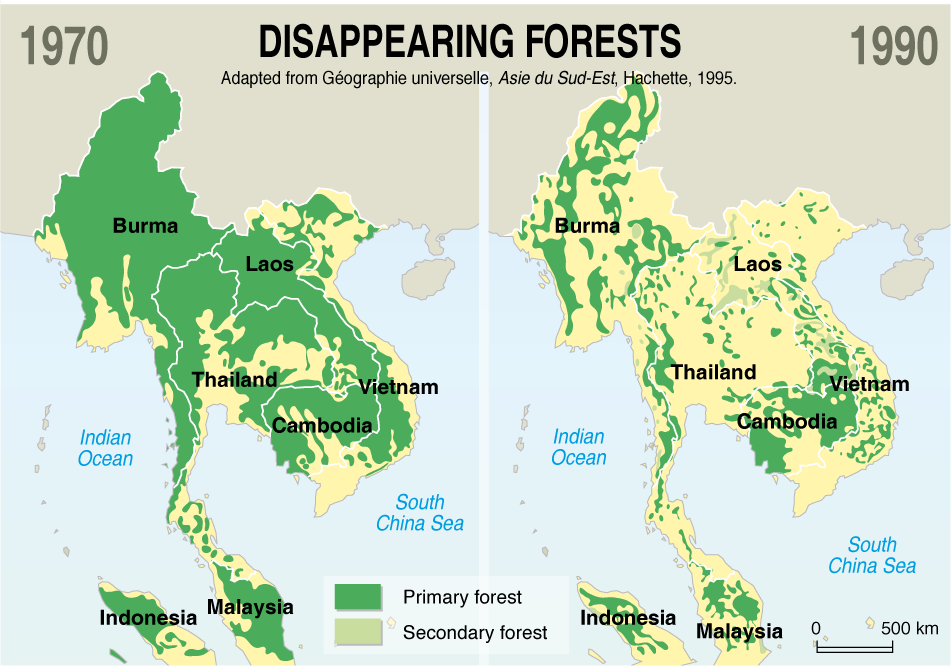 Every two seconds, an area of forest the size of a football field is clear-cut by illegal loggers around the globe. A new World Bank report released today shows how countries can effectively fight illegal logging through the criminal justice system, punish organized crime, and trace and confiscate illegal logging profits.

The report, Justice for Forests: Improving Criminal Justice Efforts to Combat Illegal Logging, says that to be effective, law enforcement needs to look past low-level criminals and look at where the profits from illegal logging go. By following the money trail, and using tools developed in more than 170 countries to go after dirty money,‘ criminal justice can pursue criminal organizations engaged in large-scale illegal logging and confiscate ill-gotten gains.

The World Bank estimates that illegal logging in some countries accounts for as much as 90 percent of all logging and generates approximately US$10–15 billion annually in criminal proceeds.

Mostly controlled by organized crime, this money is untaxed and is used to pay corrupt government officials at all levels.

Despite compelling evidence showing that illegal logging is a global epidemic, most forest crimes go undetected, unreported, or are ignored. In addition, estimates of criminal proceeds generated by forest crimes do not capture their enormous environmental, economic and societal costs— biodiversity threats, increased carbon emissions and undermined livelihoods of rural peoples, with organized crime profiting at the expense of the poor.

Over the next 11 years, Thailand lost close to 28% of all of its remaining forests. This means that the country lost 3.1% of its forest cover each year over that period. The Thai Highlands in Northern Thailand, the most heavily forested region of the country, were not subject to central government and settlement until the second half of the nineteenth century when British timber firms, notably the Bombay Burmah Trading Corporation and the Borneo Company Limited, entered into the teak trade in the late 1880s and early 1890.

The Royal Forest Department, created in 1896 and staffed by a British forester until 1925, sought to conserve the forests against the worst business practices of British, Thai, and Chinese timber firms who worked in the region.

We also know that they are insufficient, said Magda Lovei, Sector Manager at the World Bank. ―When implemented, the
recommendations of this publication can have a strong deterrent effect that has been missing in many actions taken against illegal loggers. Organized crime networks behind large scale illegal logging have links to corruption at the  highest levels of government. The investigation of forest crimes is made even more complex by the international dimension of these operations. Recognizing these challenges, this study calls for law enforcement actions that are focused on the ―masterminds‖ behind these networks—and the corrupt officials who enable and protect them.

The full report can be accessed at www.worldbank.org/amlcft