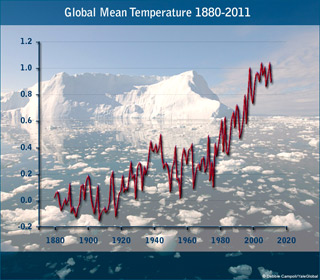 Although the consequences of global warming are painfully vivid, some scholars still question whether it requires urgent action. In January, a group of scientists, including those from the United States, Australia, France and the Netherlands, summarized reasons for their skepticism and opposition to findings of the UN’s Intergovernmental Panel on Climate Change.

The skeptics contend that uncertainties do not warrant alarm or huge investments to launch a transition away from fossil fuels.

They insist that evidence is lacking to show the world is warming. Citing research of William D. Nordhaus, Yale professor of economics, they maintain that delaying action on climate change for 50 years would impose no serious economic consequences and could even offer benefits to less developed nations as they catch up with developed economies. In part one of this YaleGlobal series, Nordhaus responds to the essay, pointing out faults in the skeptics’ review of climate modeling, temperature trends and basic cost-benefit analysis.

The skeptics contend that uncertainties do not warrant alarm or huge investments to launch a transition away from fossil fuels.

“The claim that cap-and-trade legislation or carbon taxes would be ruinous to our society does not stand up to serious economic analysis.”

via Global Warming Is Real And Has Consequences – Part I.

Illegal Logging Can be Tracked and Unlawful Profits Confiscated