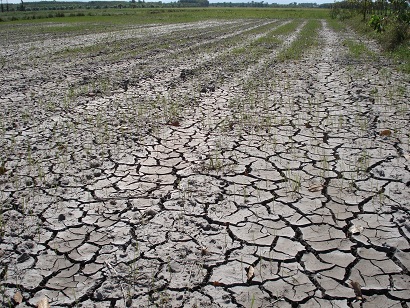 In response to the drought disaster in 48 provinces, the interior ministry has assigned local authorities to set up special operations centres to fight the drought and help drought-affected residents.

Emphasising drought relief, the minister said that governors are authorised to allocate Bt50 million advance payment to ease the difficulties.

If large areas of farmland in the provinces are badly damaged by drought but the provinces have inadequate funds to help the affected farmers, the governors can coordinate with the Agriculture and Cooperatives Ministry to seek funding from the Cabinet, Mr Yongyuth advised.

To resolve the country’s ongoing drought crisis quickly and efficiently, as an urgent issue, integrated participation and assistance from multiple government agencies, communities and civil society groups are needed, the deputy premier stated.

Wiboon Sanguanpong, director-general of the Department of Disaster Prevention and Mitigation, said that the agency adopted urgent measures to deal with the drought.

The measures focused on providing enough water for family consumption and agriculture as well as bracing for other possible disasters and epidemics related to the hot weather. (MCOT online news)