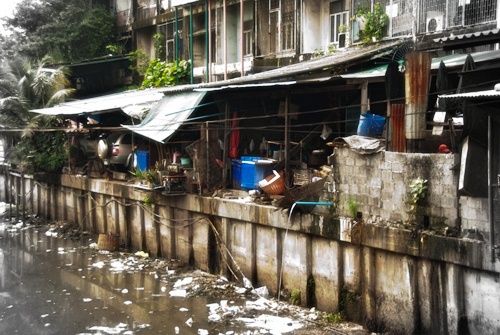 A new, far-reaching report on the state of municipal solid waste around the world predicts a sharp rise in the amount of garbage generated by urban residents between now and 2025.

The report estimates the amount of municipal solid waste (MSW) will rise from the current 1.3 billion tonnes/year to 2.2 billion tonnes/year, with much of the increase coming in rapidly growing cities in developing countries. The annual cost of solid waste management is projected to rise from the current $205 billion to $375 billion, with cost increasing most severely in low income countries.

Bangkok canals, or Klongs, or well knowned for being used as waste disposal in some areas of the city Photo: Camilla Davidsson

The report, What a Waste: A Global Review of Solid Waste Management, for the first time offers consolidated data on MSW generation, collection, composition, and disposal by country and by region. In itself, this is an accomplishment because, as the report states, reliable global MSW information is either not available or incomplete, inconsistent, and incomparable. Nevertheless, the authors of the report point to a looming crisis in MSW treatment as living standards rise and urban populations grow.

“The findings of this report are sobering, but they also offer hope that once the extent of this issue is recognized, local and national leaders, as well as the international community, will mobilize to put in place programs to reduce, reuse, recycle, or recover as much waste as possible before burning it (and recovering the energy) or otherwise disposing of it. Measuring the extent of the problem is a critical first step to resolving it.”

The report notes that municipal solid waste management is the most important service a city provides. In low-income countries, MSW is often the largest single budget item for cities, and one of the largest employers. A city that cannot effectively manage its waste is rarely able to manage more complex services such as health, education, or transportation. Improving MSW is one of the most effective ways of strengthening overall municipal management.