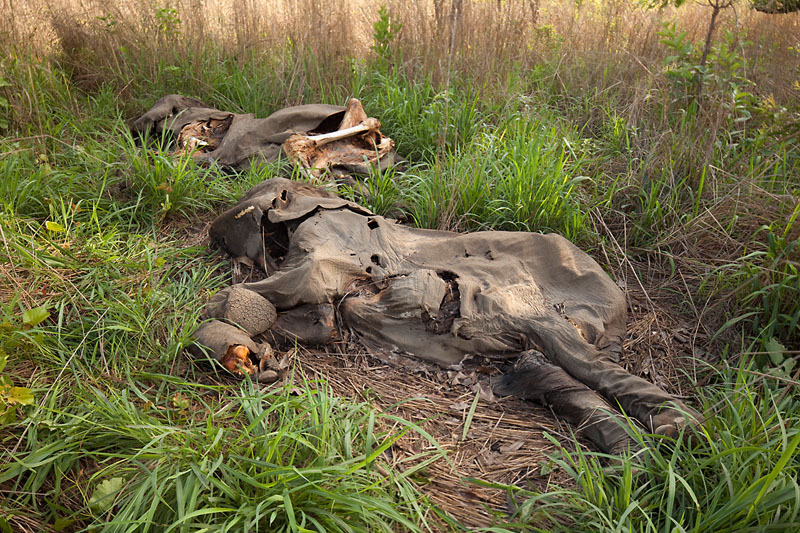 Massive quantities of African ivory are being laundered through shops in Thailand and fuelling the elephant poaching crisis, WWF said. As Thailand prepares to host the world’s largest conference on wildlife trade (CITES) in March, WWF is calling on Prime Minister Shinawatra to use the opportunity to announce her country’s commitment to banning ivory trade.

“Existing laws are not effective at keeping illegal African ivory out of the Thai market. The only way to prevent Thailand from contributing to elephant poaching is to ban all ivory sales,” said Janpai Ongsiriwittaya, campaign leader in WWF-Thailand. “Today the biggest victims are African elephants, but Thailand’s elephants could be next. Ms. Shinawatra can help put an end to the killing, and I believe Thai citizens will support greater protection for these iconic animals.”

Poaching is at record levels in Africa with tens of thousands of elephants being slaughtered each year for their ivory tusks. Trade data released last month shows that international ivory trafficking has reached its highest ever recorded rate. Thailand is the biggest unregulated ivory market in the world and a top driver of poaching and illegal trade, according to a comprehensive analysis of global ivory seizures.

“Thailand’s legal allowance of trade in ivory tusks from domesticated Asian elephants is exploited to market African elephant ivory as worked products through hundreds of retail outlets,” according to the 2012 report of the Elephant Trade Information System.

“I’m sure many foreign tourists would be shocked to learn that ivory trinkets on display in Thai shops may come from elephants massacred in Africa,” said Sybille Klenzendorf, Director of Species Conservation at WWF. “These items are illegal to bring into the United States and we have to find a way to get them off store shelves and out of the hands of unsuspecting tourists.”

In March, representatives from 176 governments will meet in Bangkok for the Convention on International Trade in Endangered Species (CITES) to discuss global wildlife trade issues, including rampant elephant poaching in Africa.

WWF has launched a global campaign to address the major issues behind the surge in poaching and illegal trade in wildlife parts. For more information, go to: http://worldwildlife.org/pages/stop-wildlife-crime.

Kenya’s Wildlife Service (KWS) says authorities have intercepted 638 pieces of ivory tusks that were bound for Asia.  The seizure follows a deadly year for Kenyan elephants, hunted for their tusks to satisfy customers in Asia.

Kenyan authorities in the port city of Mombasa Tuesday seized 638 pieces of ivory that were en route to Indonesia.  The shipment is estimated to be worth more than $1 million.

KWS says the exporter, the clearing agent and the trucking company used to move the tusks were also linked to a massive ivory shipment seized in Hong Kong earlier this month.

Authorities say the packaging of the tusks indicated they may have come from Tanzania or Rwanda.

“In ivory trafficking, both Kenyan citizens and foreigners are involved and the destination of the ivory and rhino horns is mainly outside the country,” said Kiprono.