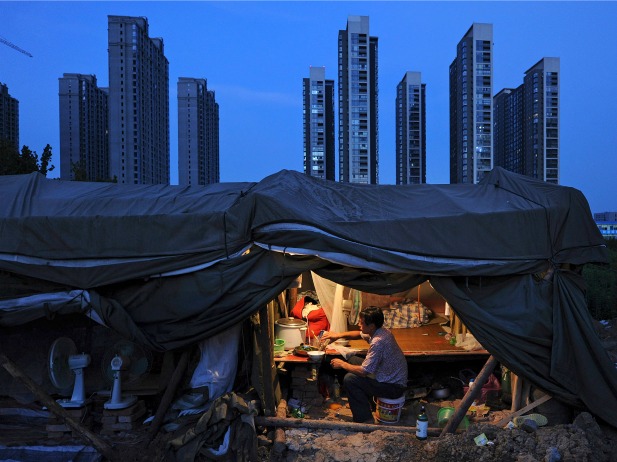 Chinese Premier Li Keqiang is on the urbanization warpath. For Li, urbanization—transforming rural Chinese into urban dwellers—has become perhaps the most important issue of his early months as premier.

Most recently, on September 7, in advance of November’s Party Plenum to lay out the country’s economic blueprint, he met with a group of experts to discuss urbanization strategies. Scarcely a month goes by where he does not give a speech or offer some commentary on the issue. For Li, successfully urbanizing China is at the heart of the country’s ability to continue to grow economically. He notes that urban residents spend 3.6 times more than rural residents, for example, underscoring the importance of urbanization to China’s economic rebalancing from an investment and export led to   consumption-based economy.

if China does not find the correct urbanization path forward, it will fall into the trap of many Latin American countries with “dual” urban structures

His remarks in March 2013 make clear his fears (pdf) that if China does not find the correct urbanization path forward, it will fall into the trap of many Latin American countries with “dual” urban structures characterized by “urban slums” and “other social problems.”

Li is, of course, treading familiar ground. His predecessor Wen Jiabao also talked a lot about the necessity of moving forward on urbanization, and like Wen, Li is also willing to call a spade a spade. He does not shy away from sharing concrete, often unattractive facts about China’s current situation. Breaking down the urbanization statistics, for example, he notes in his March 2013 speech that China’s urbanization level is lower than not only other countries at China’s level of development but also than the world average of 52 percent.

As others have noted, despite the fact that China formally reports its urbanization rate as 53 percent, only 35 percent of Chinese citizens have the right to medical care, education, and other social services that urban residency provides. The other 18 percent of China’s formally acknowledged urban residents are actually migrant workers with no benefits. Moreover, Li openly raises the extraordinary challenges that China will face if indeed it does succeed in urbanizing hundreds of millions more Chinese: rising resource pressures and increasing pollution, among them.

Honest identification of the challenges inherent in China’s urbanization process is only step one—albeit a significant one—in actually tackling the problem. The how-to remains the outstanding issue. Here Premier Li does not yet appear have gotten ahead of the game. His stated strategy in his speech relies on tried and true central government control: the government will “oversee population flow,” “industrial development,” and “social services.”

There will need to be investment and financing policies for infrastructure, transportation, pollution prevention, public utilities, and ordinary commercial residential housing as well as affordable, government subsidized housing. Yet, here too, there are some signs of a different policymaking style. According to one report, Premier Li rejected the National Development and Reform Commission’s 6.5 trillion urbanization plan and sent them back to drawing board. (At least one Beijing media commentator, however, has said there was never any report.)

There are plenty of ideas out there to fill in pieces of the puzzle: delinking access to public services and a citizen’s hukou; developing a nationwide social security system; and beginning the process of converting 15-20 million migrants to urban hukou every year for the next ten to fifteen years. But the challenge is truly staggering—not only in policy terms but also in economic ones. The estimated costs of providing 25 million of the 250 million urban migrants currently without an urban hukou the same social benefits urban dwellers already enjoy is $106 billion annually. Of course, that does not account for the more than 10 million more rural Chinese migrating every year to urban areas or the 400 million total that China wants to urbanize by 2030.

Premier Li has staked out a politically and economically fraught territory very early in his tenure and demonstrated an unusual predilection toward not burying his thinking in a series of overwrought rhetoric and meaningless slogans. Contemporary Chinese history, however, is replete with the fallen heroes of reform and truth-telling. Let’s hope that Li finds a way to make real progress and avoid their fate.