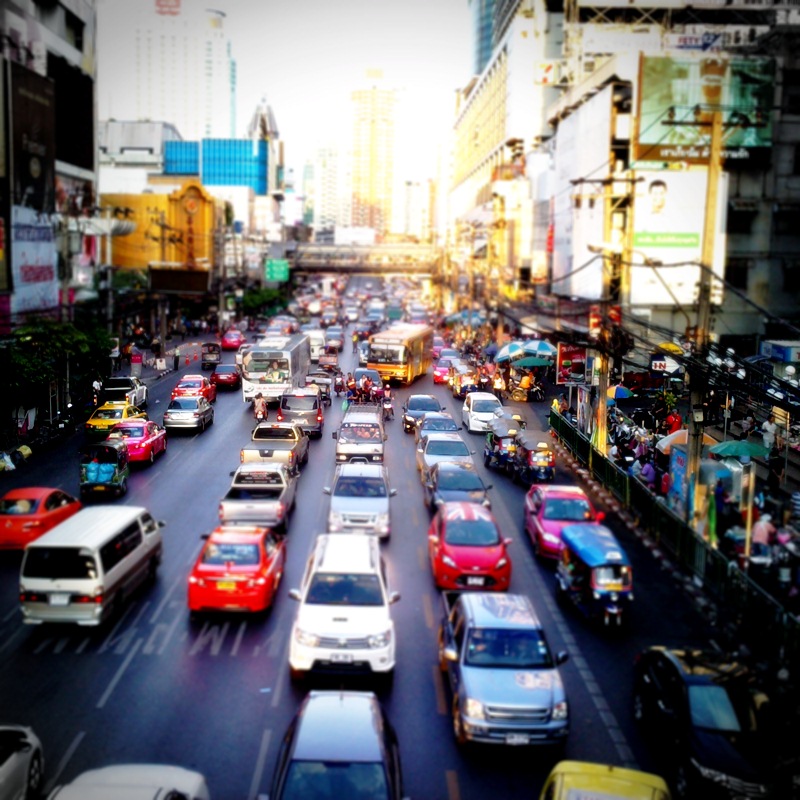 According to Oxford Business Group latest report, energy consumption in Thailand is set to jump by 75% over the coming two decades as the economy expands and a more affluent society takes to the roads in increasing numbers.

However, this new growth and mobility will come at a cost, with dependence on oil imports set to rise and increasing susceptibility to external price shocks.

A recent report from the International Energy Agency (IEA) on the energy outlook for South-east Asia, released on October 2, found that Thailand’s oil import bill could climb to $70bn by 2035, three times its present level.

The biggest single call on energy, and in particular oil, will be the transport sector

According to the report, Thailand is the second-largest energy consumer in the region, ranked behind just Indonesia. Its energy requirements amounted to 118m tonnes oil equivalent (TOE) in 2011, with almost all of this met through imports.

The IEA estimates that Thailand’s energy consumption will hit 206m TOE in 2035, amounting to a 75% increase over the two-decade-plus period. While the agency says the country’s population will remain relatively stable, the economy will treble in size over the coming 22 years, driving the higher demand for energy, with oil continuing to be the fuel of choice.

“Fossil fuels are by far the most important source of energy in Thailand and are projected to remain so through to 2035, with their share of the primary energy mix remaining above 80% throughout the period,” the report said. “Oil keeps its position as the dominant fuel, with demand rising from 1m barrels per day in 2012 to 1.6m barrels per day in 2035.”

However, coal is seen as the potential replacement for at least some of Thailand’s oil and gas consumption, with usage expected to rise by 4% per year to reach 47m TOE by 2035, equivalent to 23% of the projected total. Most of this will be consumed by power stations, as demand for electricity continues to increase. According to the IEA, coal-fired plants will provide just over one-third of the nation’s needs in 2035, while the share of natural gas will fall from 68% to 52%.

The biggest single call on energy, and in particular oil, will be the transport sector, which will use 41m TOE per year by 2035. For the most part, the rise will result from a growing number of private vehicles on the road, which is set to jump from 3m to 10m.

Thailand will also see many more buses and commercial vehicles take to the nation’s roads, pushing up diesel consumption as well. The IEA puts Thailand’s fuel mix for 2035 at 84% oil-based, 10% gas and 6% biofuels, with oil’s contribution only marginally down from that at present.

The IEA also warned that the Thai economy was particularly vulnerable to external shocks, disruptions to its energy supplies and oil cost escalation. According to a report issued by Bank of America (BofA) Merril Lynch in early September regarding the possible impact of the Syrian conflict on Asian economies, Thailand was more exposed than most countries in the region to any destabilisation of the global oil market.

A 10% increase in international oil prices would cut Thai GDP by 45 basis points, while pushing up the consumer price index (CPI) by 25 basis points, the report said. Of the 11 countries surveyed, only South Korea would see a greater impact in terms of GDP, while the effect on CPI would be higher in just four countries – Indonesia, the Philippines, India and Malaysia.

One measure that the IEA put forward to ease the high rate of oil usage was scaling back subsidies. At the end of June, the government said it was considering following the lead of both Indonesia and Malaysia and reducing fuel subsidies, which cost the state some $8bn in 2012.

Savings could be redirected into energy infrastructure, with more fuel-efficient coal-fired power stations being an obvious investment. Though the Electricity Generating Authority of Thailand has plans to bring another four power stations using clean coal technology on-line by 2028, doubling the present number in operation, this additional capacity will likely fall short of demand. The gap could be filled by the private sector, either acting in partnership with the state or alone, though any new plants will be dependent on imports to fire their turbines.