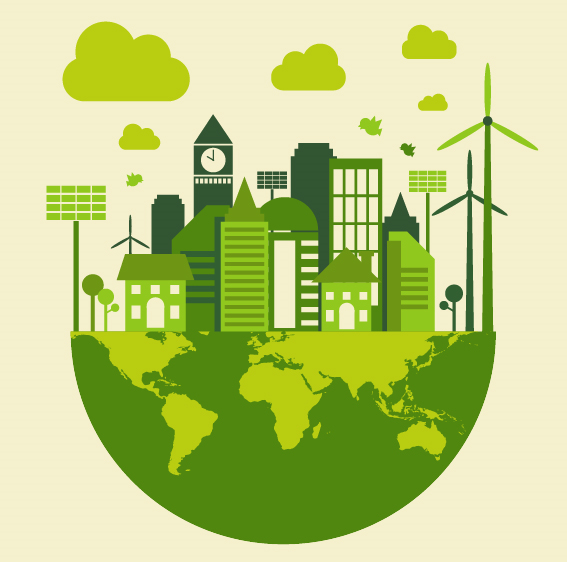 In the midst of today’s environmental movement, green buildings (buildings designed to be environmentally friendly through more efficient use of resources) are popping up more and more in Thailand.

Green buildings in Thailand consist of office buildings (around 40%), retail stores and shops (around 30%), and other structures such as factories, residential buildings, hotels, and schools (around 30%) (Figure 2).

Although the costs of building green are higher than construction costs for conventional buildings, it is the benefits they offer that are responsible for the expansion of green structures today.

This is because building green involves more restrictions in choosing materials and in designing building systems, as well as additional fees for obtaining LEED or TREES credentials. However, owners can gain both monetary and non-monetary advantages from green buildings. Monetary benefits include a decrease in building management expenses like electricity and water costs that can be reduced by 10% or around 90 baht per square meter per year, and up to about 21% or 180 baht per square meter per year by the fifth year after the completion of the project (Figure 4). These numbers are comparable to the decrease in energy costs of  well-known green building Energy Complex.

The Energy Complex building contains 192 thousand square meters of utility space and has reduced building management costs per year by about 28 million baht, or about 146 baht per square meter per year.  Another monetary advantage for green building owners is increased rents. Rents for green buildings are around 30% higher than those of conventional buildings in the same area, or about 230 baht per square meter per month (Figure 4). Non-monetary benefits include significantly higher worker productivity in green buildings compared to conventional buildings, deduced from sick day records and illnesses caused by sick building syndrome.

Sustainable Business Will Move Ahead With or Without Trump’s Support