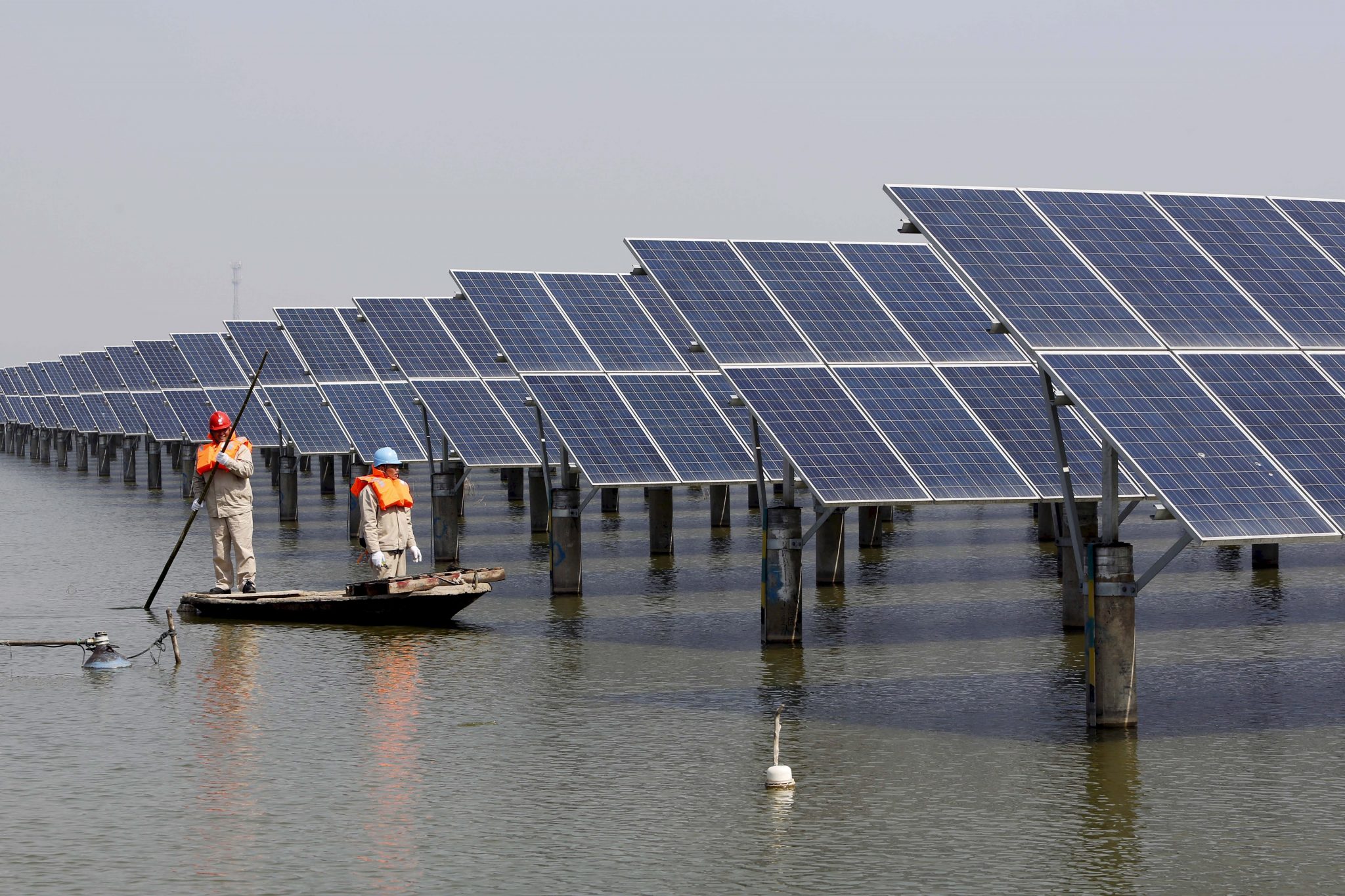 Beijing’s action on climate change so far has been driven primarily by domestic concerns rather than international pressure or concerns about the global effects of climate change.

It has shown a reluctance to shoulder leadership at the United Nations. But technological and economic changes in China and a shift in statements made by Chinese leaders suggest that China could play a greater leadership role over time.

The first scenario could see China scale back its leadership and even backslide on its existing commitments. In this ‘free rider’ scenario, China would continue to benefit from the soft-power advantage of being the de facto leader on climate change while it hobbles the Paris Agreement by abandoning an active role in promoting it.

China could continue to stimulate its domestic economy in energy-intensive ways and avoid a difficult economic and energy transition.

The second scenario could see China meet its domestic and international targets on climate change, achieve its pledge to peak its emissions before 2030 but not rein in the growth of its emissions overseas. Its Belt and Road Initiative (BRI) could become an outlet for surplus capital and technology flowing to energy-intensive industries.

China might continue to champion the UN agreement on climate change under this scenario, but the two-degree target would likely remain out of reach.

Finally, China could deliver on its rhetoric of becoming an ‘ecological civilisation’. It could use the BRI to expand the reach of its innovative industries by exporting low-carbon technologies and connective infrastructure. It could forge partnerships at the United Nations to support progressive policies on climate change.

International pressure has played less of a role in persuading China to adopt environmental regulations than observers sometimes assume.

More important has been China’s self-interest in addressing climate change. Chinese leaders (a significant proportion of whom trained as engineers and scientists) have long understood the seriousness of climate change — especially its seriousness for China.

The high level of public concern about climate change in China is reflected in rising coverage of climate and environmental topics in media outlets as well as in public opinion data. The Chinese government must be seen to be acting on popular concerns about pollution while maintaining economic growth to prevent any challenge to Party authority. Managing such a balance is not going to be easy.

If China is to assume a real leadership role on climate change, Xi Jinping will need to do three things: implement the domestic energy transition away from coal, show greater ambition in international climate negotiations and transform China’s overseas investment in ways that are consistent with its environmental ambitions.

China faces many obstacles to transforming its economy and energy mix. Recent air pollution policies have been aggressively enforced. But China’s response to declining employment in carbon-intensive sectors remains a key uncertainty in transitioning away from coal — 1.3 million workers are expected to be laid off by coal mine closures. Another uncertainty is the fear of defaults and the ensuing debt crisis if companies are permitted to fail.

The European Union remains the other partner with which China could cooperate if it wanted to raise its ambitions in climate negotiations. But when it comes to the European Union, Chinese diplomats are known to quote Henry Kissinger’s question: ‘Who do I call if I want to call Europe?’.

The European Union might have a central commission and directorate for climate policy, but it is still a federation of states with differing interests when it comes to climate change. Moreover, differences between China and the European Union over trade undermined an attempt to sign a joint statement on climate change at the EU–China Summit in June 2017.

China’s overseas investments represent a way that it could assume a leadership role on climate issues internationally. One example of this is its so-called ‘green Belt and Road’. At the ASEAN–China Environmental Cooperation Forum in September 2016, Chinese Vice Minister of Environmental Protection Zhao Yingmin said that China and ASEAN should ‘work together to build the green “Belt and Road” and … to promote open-ended “South–South environmental cooperation”’.

Related Topics:climate
Up Next