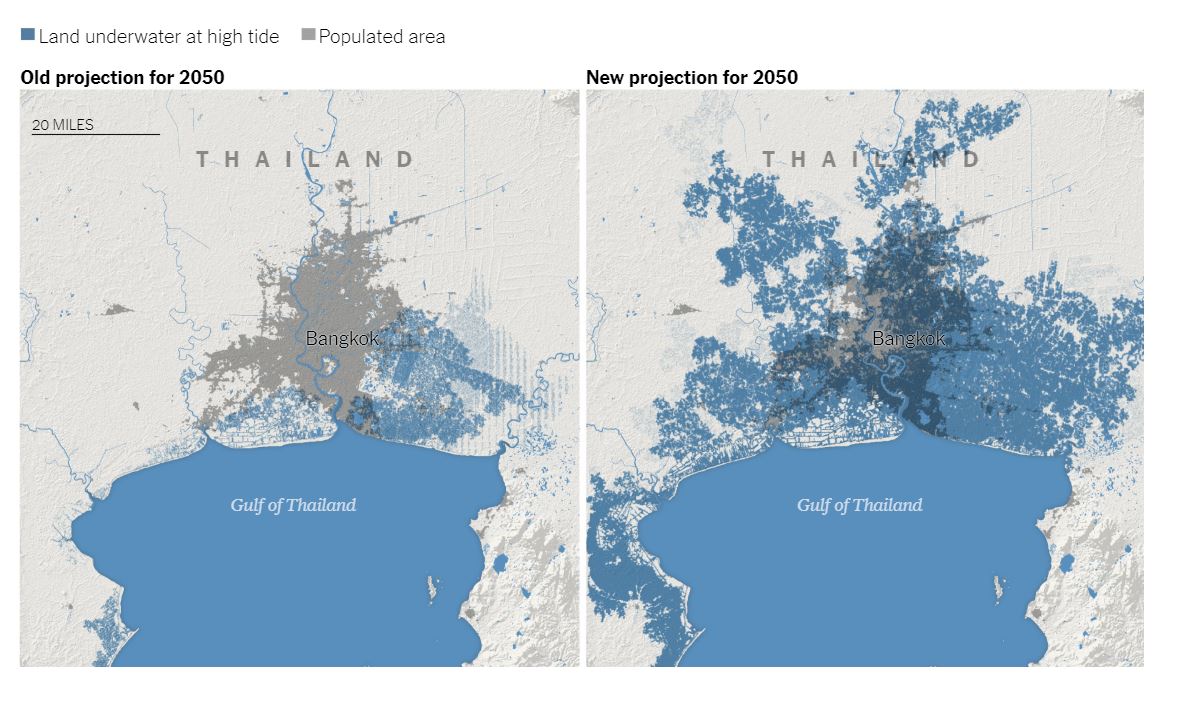 New research shows that rising seas could affect three times more people by 2050 than previously thought, according to new research, threatening to all but erase some of the world’s great coastal cities including Thailand’s capital.

In Thailand, more than 10 percent of citizens now live on land that is likely to be inundated by 2050, compared with just 1 percent according to the earlier technique. The political and commercial capital, Bangkok, is particularly imperiled. (source : NY Times)

The 2017 Global Climate Risk Index by the non-governmental organisation Germanwatch, has ranked Thailand in the top 10 countries most affected by climate change for the last two decades.

Newly added to the index, Thailand landed on the list after the 2011 flood event, which cost the nation US$46 billion in repairs and rehabilitation.

The city of Bangkok was developed on a marshy stretch of land in the Chao Phraya delta to accommodate a new capital after the fall of Ayutthaya to the Burmese Empire in the 18th century. It is built on highly compressible layers of soft clay.

The sinking of the city is mostly driven by the sheer weight of the built-up urbanisation, as well as uncontrolled groundwater extraction. (source : The Asean Post)