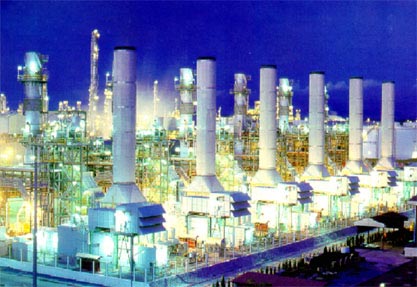 Former prime minister Anand Panyarachun, chairman of the four-party panel working out the legal deadlocks in the Map Ta Phut crisis, voiced his opposition yesterday to an attempt by the Council of State to disapprove certain conditions in the planned establishment of an independent committee to solve the problems in the long term.

However, investment slumped in the frst half and this contributed most to the contraction in GDP on the demand side. Private fxed capital investment dropped by 16.9%, refecting weak external demand, the impact on business sentiment of the political uncertainty, as well as more cautious lending by banks. Foreign direct investment applications declined in value by 47% in the frst 7 months of 2009. Public investment fell by 9.1% in the frst quarter, then rebounded by 9.6% in the second on faster disbursement by the Government and state enterprises.

Though sovereign rating agency Fitch says Thai financial institutions are much better positioned and provisioned to deal with the current global slowdown than they were during the Asian financial crisis. In particular, local banks were only marginally exposed to the toxic sub-prime mortgage derivative products that have driven several once prestigious Western banks into insolvency. While several US and European banks collapsed, Thai banks in 2008 recorded a higher average return on assets (ROA) compared to a year earlier, rising from 0.3% to 1.1%.

With public debt at 23% of GDP, international reserves at US$110 billion, and 2008 balanced budget, the government arguably has plenty of fiscal room to maneuver. In January the Cabinet approved a 117 billion baht supplementary budget, which included various measures aimed at buoying the economy, including cash 2,000 baht handouts to nine million civil servants and workers nationwide, job creation programs and community investment funds.

Rural Thais’ numerical superiority, coupled with their unofficial ‘right’ to sell their votes, was experienced by urban middle-class voters, especially in Bangkok, as ‘the tyranny of the rural majority’, which allowed the unscrupulous and rapacious electocrats from the country to misrule the city and mismanage the economy. Meanwhile, the liberal principle of property rights and the city’s greater purchasing power and undemocratic economic freedom to trade, invest, consume, overspend, exploit and pollute were in turn regarded by the rural folk as constituting an ‘urban uncivil society’, which dispatched hordes of avaricious government officials to plunder the countryside. This ‘tale of two democracies’, rural versus urban, made for a divided society that sustained and reproduced the electocracy, and yet was powerless to control it.

Most serious drought expected in next five years forecast