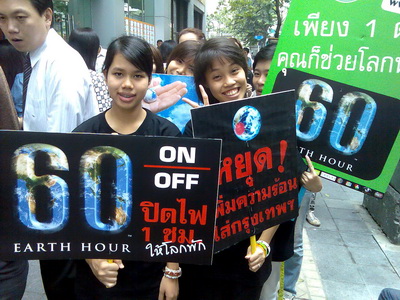 Thailand is growing closer to becoming a green society through its firmer focus on renewable energy in the revised 2010-2030 Power Development Plan (PDP).

To become a greener society, Thailand will rely more on renewable energy in producing electricity. Clean-air metric: greenhouse-gas emissions to fall from 0.546 kilogram per kilowatt hour to 0.38-0.42. Generation by fuel (%)

Expanding renewable sources of fuel to drive power plants will reduce the country's reliance on natural gas and lead to greater energy security.

The Green PDP’s demand forecast has been improved with support from the economic forecasting model of the National Institute of Development Administration, which predicts that the economy will expand 3.41-5.12 per cent per year during the 20-year period.

Norkun said the Energy Ministry is open to all opinions on the plan. Another public hearing is scheduled this month, and next month the plan should be ready for the National Energy Policy Council’s approval.

A source from the Energy Policy and Planning Office said power demand would rise to 60 gigawatts in 2030, and reserves must equal at least 15 per cent of capacity, so total capacity must be 70GW. At 10 per cent, 7GW may need to come from seven nuclear power plants, up from five proposed in the 2007 PDP. The newest plan however will reduce natural gas dependence by half.

“It should be decided early next year whether Thailand would embrace nuclear power. The government would base the decision on the 2010 PDP. If the nuclear power plants remain unwanted, then the government will need to find other alternative energy sources to meet power demand,” the source said.