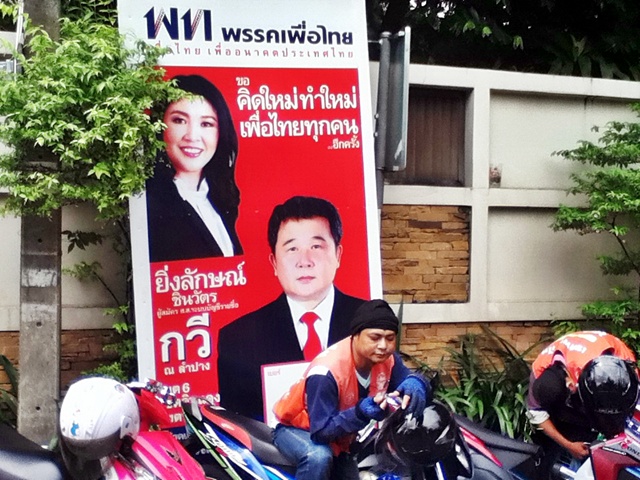 Thailand’s Election Commission (EC) said on Thursday it has invited international representatives and organisations to observe the July 3 general election.

United Nations chief Ban Ki-moon on Thursday called for a "fair, credible and transparent" election and that all parties refrain from violence before, during and after the July 3 poll.

Mr Suthipol said the invitation of foreign representatives to observe July 3 election is aimed at creating better understanding about the Thai election and the voting management of the agency, the Election Commission, which he asserts meets international standard practices.

The EC secretary-general said the polling agency believes the international observers will witness a fair and transparent election and that the EC will take them to observe the election campaigns of MP candidates as well as the vote counting process.

Mr Suthipol said this project will be advantageous for all parties.

Mr Prapan said the project complies with the intention of the United Nations which wants to see fair elections in Thailand, while the EC also expects to exchange views and receive some advice from foreign observers on election management.

UN Sec-Gen Ban Ki-moon on Thursday issued a statement calling for a “fair, credible and transparent” in Thai election and that all parties refrain from violence before, during and after the July 3 poll.

Apart from the observation from international representatives, Mr prapan said, the EC also allows those from Thai political parties to observe the Sunday polling.

“We are willing for all parties to observe the election and we hope that everyone will accept the election result as this Sunday’s vote will determine the direction of the country,’ asserted Mr Prapan. (MCOT online news)

With Thailand’s general election around the corner after years of political divisiveness and sporadic demonstrations since the 2006 military coup, United Nations chief Ban Ki-moon on Thursday called for a “fair, credible and transparent” election and that all parties refrain from violence before, during and after the July 3 poll.

The UN secretary-general also urged in his statement released today that all parties “accept and respect the will of the people as expressed at the ballot box.”

Thai Prime Minister Abhisit Vejjajiva on Thursday expressed confidence in his capacity as Democrat party leader, that his party’s popularity keeps increasing in the aftermath of its major election campaign rally at Bangkok’s prime commercial area of Ratchaprasong last week.

“I still believe that the Democrat Party will come first in the Sunday poll and will be able to form a new government without waiting for the Pheu Thai party to form a government first,” Mr Abhisit stated.

Related Topics:electionunited nations
Up Next