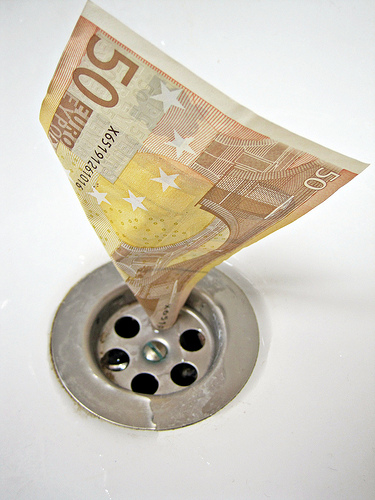 Moody’s position on euro debt crisis remains unchanged after new euro summit. In a recent article, the agency states that the communiqué issued by European policymakers after the recent euro area summit offers few new measures and therefore does not change our analysis of the rising threat to the cohesion of the euro area and the further shocks to which it and the wider EU remain prone.

Last Friday, European policymakers issued a communiqué announcing additional measures aimed at addressing the formidable challenges facing the euro area. The communiqué discussed at a high level the direction of a variety of initiatives aimed at supporting closer fiscal coordination among euro area (and many EU) sovereigns in the years to come, and at the same time to address the more acute immediate challenges euro area sovereigns and banking systems face.

The clear statements it contains affirming the commitment of euro area authorities to work towards a common economic policy provide a further indication of euro area politicians’ desire to move towards centralised fiscal coordination and mutualisation of resource and risk.

As we announced in November, unless credit market conditions stabilise in the near future, our ratings of all EU sovereigns will need to be revisited. The communiqué does not change that view, and we continue to expect to complete such a repositioning during the first quarter of 2012. Few New Measures Beyond Previous Announcements

In short, the communiqué reflects the continuing tension between euro area leaders’ recognition of the need to increase support for fiscally weaker countries and the significant opposition within stronger countries to doing so.

Amid the increasing pressure on euro area authorities to act quickly to restore credit market confidence, the constraints they face are also rising.

The longer that remains the case, the greater the risk of adverse economic conditions that would add to the already sizeable challenges facing the authorities’ coordination and debt reduction efforts. As a result, the communiqué does not change our view that the crisis is in a critical, and volatile, stage, with sovereign and bank debt markets prone to acute dislocation which policymakers will find increasingly hard to contain.

While our central scenario remains that the euro area will be preserved without further widespread defaults, shocks likely to materialise even under this ‘positive’ scenario carry negative credit and rating implications in the coming months. And the longer the incremental approach to policy persists, the greater the likelihood of more severe scenarios, including those involving multiple defaults by euro area countries and those additionally involving exits from the euro area